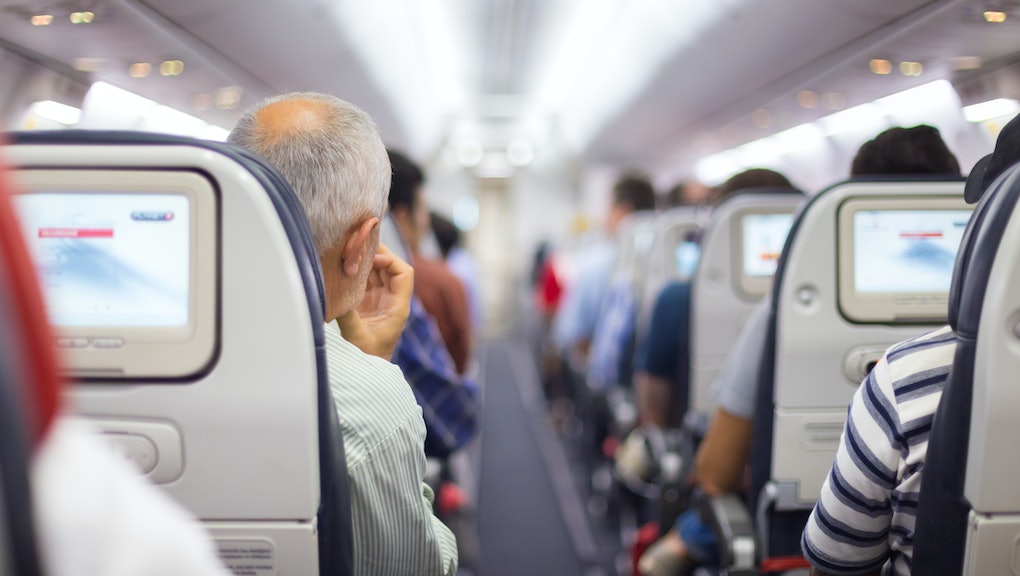 Flight overbooked? Here are your legal rights and how much money the airline owes you.

Airlines overbooking their flights can have ugly consequences. On Sunday, United Airlines — already in hot water for allegedly mistreating passengers — made headlines again after it reportedly forcibly removed a man from his seat at Chicago O'Hare Airport.

The man, who said he was a doctor, had been randomly selected to get bumped off the overbooked flight, but wouldn't leave his seat, so United called security: Video footage shows him screaming as law enforcement drag him away by the arms, and it appears he may be bleeding from the mouth.

While this incident may seem particularly outrageous from a consumer rights standpoint, it's a reminder that even in the absence of caught-on-tape scandal, overbooked flights can create serious conflict.

Indeed, if you fly, you want to know your exact legal rights: what you're entitled to if your plane is full and how to deal with an airline giving you trouble of any kind. Here's a simple guide.

Are airlines permitted to overbook flights?

We'll get the bad news out of the way first. Airlines are legally allowed to overbook — aka sell more tickets than there are seats. And they do this because there are often no-shows and airlines want to fill up their flight. But if everyone does decide to show up, the carrier is first required to offer compensation to passengers willing to switch to another flight, according to the Department of Transportation.

They are also legally required to fully disclose what, exactly, the compensation includes and doesn't include.

However, there are no legal requirements regarding what that compensation looks like. Though in the interest of the airline, which wants to lure you off the flight, it's usually not bad: It can include a free trip, a free stay at a hotel or other vouchers, for example. You can even negotiate.

If you're bumped off a flight, how much money should you get?

There are some key takeaways from the DOT on what you're legally entitled to when you are involuntarily bumped off a flight: The airline is mandated to give the passenger "a written statement" of their rights, though if the airline's alternative route or flight still gets you to your destination within the hour of the first flight's arrival time, then they owe you nothing financially.

But if your new arrival time is within one to two hours for domestic flights or one to four hours for international, the carrier must pay 200% what you paid for your ticket (but only one-way, not the full-return price). Sadly, that caps at $675.

If your alternative travel arrangements involve arriving at your destination more than two hours later than originally scheduled on domestic flights, or four hours on international, then the carrier is obligated to pay you 400% of your ticket (again, one-way only). That also has cap, with a maximum of $1,350.

Remember: The airline owes you another flight. And if you don't like the alternative they're offering you, it is within your rights to ask for an "involuntary refund" on your airfare so that you can make plans for yourself.

If you want to find out more about passenger rights, restrictions and exceptions, check out the DOT site. They also have a page to help you file a complaint, in case you are ever mistreated.