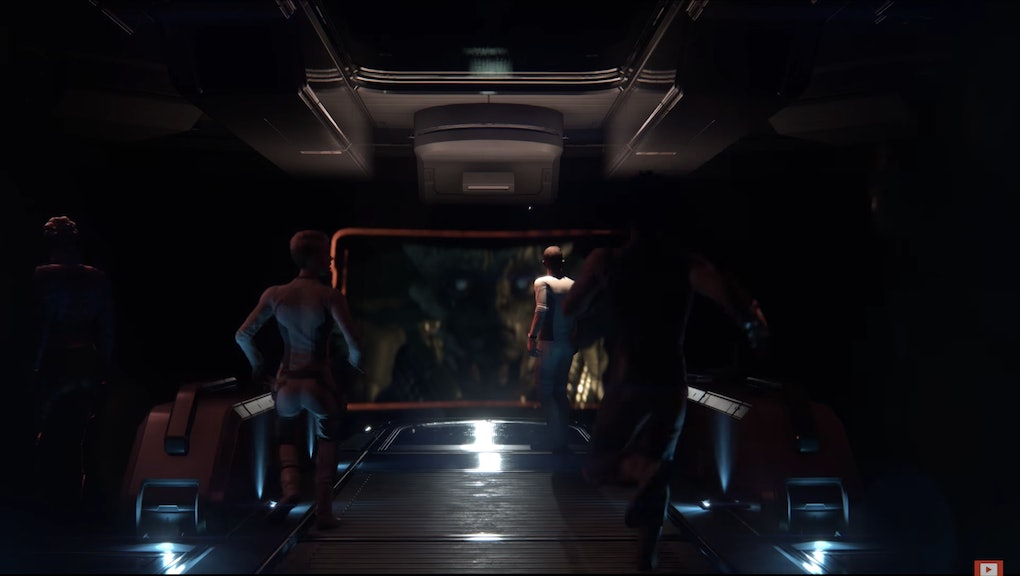 Mass Effect: Andromeda's main campaign may look small on paper — it's only got three main missions to complete. But each one contains numerous smaller tasks to complete before you head off to face the big bad, get your ending and mull over the game's unresolved plot threads, like who the Andromeda Initiative's mysterious benefactor is. If you're having some trouble completing the game's final mission, "Meridian: The Way Home," we've got some tips to help you finish up the game strong.

According to Eurogamer, once you get the quest "Meridian: The Way Home" the first thing you'll need to do is head to any of the three marked systems on your map and use a probe on them. Doing so at any of them will reveal Meridian's location, and from there you'll want to head back to  Khi Tasira in the Civki system.

Once you head there, you'll start the last leg of the game, and you won't really be able to pursue any more side quests until you complete it, so make sure you've gotten your important ones out of the way before you head to Khi Tasira.

Once you've gotten the information out of the Remnant city, head back to the Tempest and launch a probe at the newfound anomaly in the Civki system. This reveals a Remnant structure that you can land on. Fight your way to the console inside and activate it for some good news and some bad news — the good news is that you've revealed Meridian. The bad news is that the Archon is hacking your SAM uplink and also knows where it is, and he'll disable your uplink and incapacitate your character.

At this point, you'll switch control to the other Ryder sibling, and have to shoot your way through the kett on the Nexus in order to reactivate the Pathfinder's SAM uplink. Do so, and you'll have control of the Pathfinder again.

Mass Effect: Andromeda Final Mission: Chase the Archon to Meridian and put him down for good

Once your implant is restored, Ryder will take control of the Remnant using the console on the flagship in the Civki system. After that, you'll be given the opportunity to make a "rally the troops" speech with your team. Following the speech, you'll head back to the Tempest, where you can embark on the final fight for Meridian from the bridge of your ship.

After sitting through a cutscene where you break through the kett fleet by using the Scourge to your advantage, you and your team will drop down onto Meridian proper. Once there, you should make a mad dash in the Nomad through the valley toward the objective marker.

Disembark outside the Meridian control center and fight through the kett guarding it, and then head inside. Fight through the areas you find inside and continue to use the gravity wells to descend to the lowest point of the control center. When you reach the bottom, your twin will have control of the Remnant and will open up the doors into a large plaza. There you'll have to clear out some high-level kett to trigger the final boss battle against the Archon, who's taken control of a giant Remnant.

You'll have to fight through Remnant at three uplinks stationed around the final boss arena and then hold those uplinks until they become available for you to interface with. Once you do that at all 3 stations, you'll have to take out the robo-Archon, whose giant laser tentacles can make things a real nuisance for you.

There's a lot to keep track of for sure, but if you put enough bullets in the Archon, he goes down. Once you've wrestled control of the Remnant console from the Archon, you'll finally find your golden world.