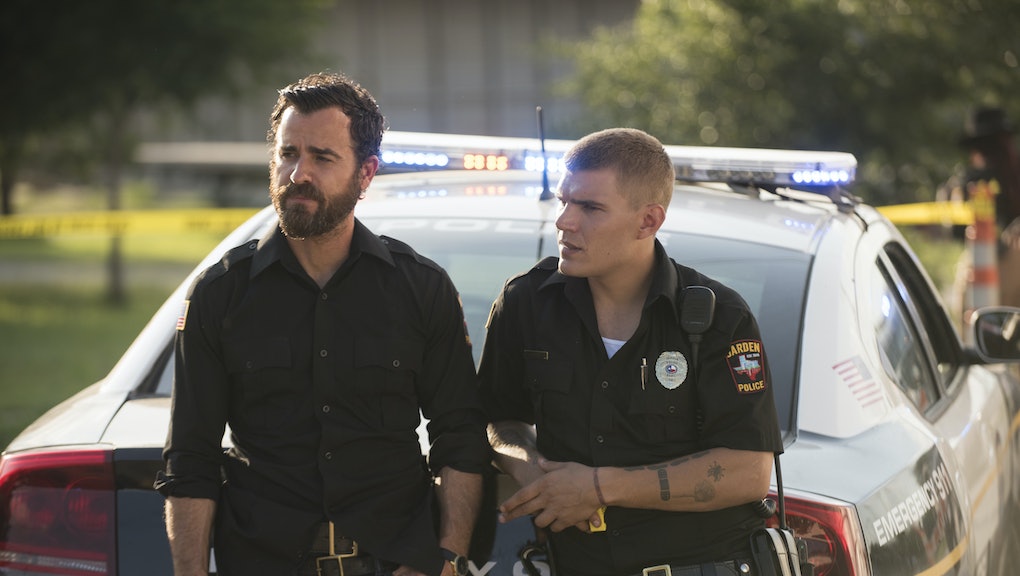 'The Leftovers' Season 3 Review: Still the best drama not enough people are watching

It's a damn shame almost nobody checked out The Leftovers, which is arguably TV's most sinfully unwatched drama. Yes, that case could be made for Rectify, but that series was also airing on SundanceTV; not exactly a household name. The Leftovers, however, had the luxury of being on HBO — the home of such hits as Game of Thrones, Westworld and more recently, the stunning miniseries Big Little Lies.

But The Leftovers never found its audience. Part of that could be attributed to a grueling first season, which asked the viewer to endure its main character shooting dogs and a good-natured reverend miserably fail to keep his church and financially support his paralyzed wife (and that's just the first three episodes!). It wasn't an easy binge — which, conveniently, showrunner Damon Lindelof has asked critics to avoid doing with the episodes provided for the third and final season.

However, The Leftovers is suddenly a binge-worthy show. The second season of the series, one of the best single seasons of television in the past decade, mixed up the formula, moved locations and had a bleak sense of humor that made it much more accessible to the masses. Season three is cut in this mold. It's not a paradigm shift compared to season two, but the show is reaching its endgame with its most existential questions at the forefront. The end is near — not just for The Leftovers, but also perhaps for its characters.

Season three comes on the eve of another anniversary of the "Departure," the day when 2% of the Earth's population mysteriously vanished without explanation. Of course, many characters on the series see the event as the Rapture — and the final season tackles another potential cataclysmic event that would ostensibly happen on the anniversary. Is something going to happen? Yes and no. The Leftovers is surprisingly agnostic for a series that deals with a Rapture-esque event and its lead character, Kevin, experiencing a Christ-like resurrection in the second season. But the show also presents the very tangible notion that these events are circumstantial — or, at worst, unexplainable. In other words, it's not necessarily divine intervention that led to the Departure, or the events that followed it.

This presents an alternative explanation: Everything that follows is just a coping mechanism for people who suffered through a great (albeit inconceivable) tragedy. For instance, Kevin may not be the second coming of Christ, but it doesn't stop some of the people in Jarden, Texas, from labeling him a Messiah and writing an extension of the Bible in his name.

If any answers will be found, they'll happen in Australia, where Kevin and his loved ones venture for the final episodes of the series. Lindelof previously described the location as "primal, ancient and spiritual," and indeed The Leftovers makes great use of an expansive setting. It's always been a gorgeous show, but the extended shots of the Outback will have viewers clamoring to plan their next vacation Down Under.

Another underrated element of The Leftovers to look out for in season three: the music. Its HBO cousin Big Little Lies set a high bar, but The Leftovers offers a plethora of genres to fit its surreal tone, including the Beach Boys, Wu-Tang Clan and Aboriginal music. For a show whose most telling moments often happen without dialogue, it's an important detail to highlight come Emmys season.

The same can be said for hypnotic performances from its ensemble cast, with special mention to Justin Theroux, Carrie Coon and Scott Glenn. Glenn gives one of the best TV performances of the year so far in season three's third installment; a bottle episode focusing on Kevin Sr. in Australia in the days before the anniversary.

In the vein of great HBO series underappreciated in their time — basically, The Wire and Deadwood — The Leftovers might eventually find its biggest fans once it's off the airwaves. There's some tragic irony there: Despite Lindelof's earlier plea, The Leftovers' biggest exposure might come through bingeing.

The final season of The Leftovers premieres at 9 p.m. Eastern on Sunday, April 16 on HBO.