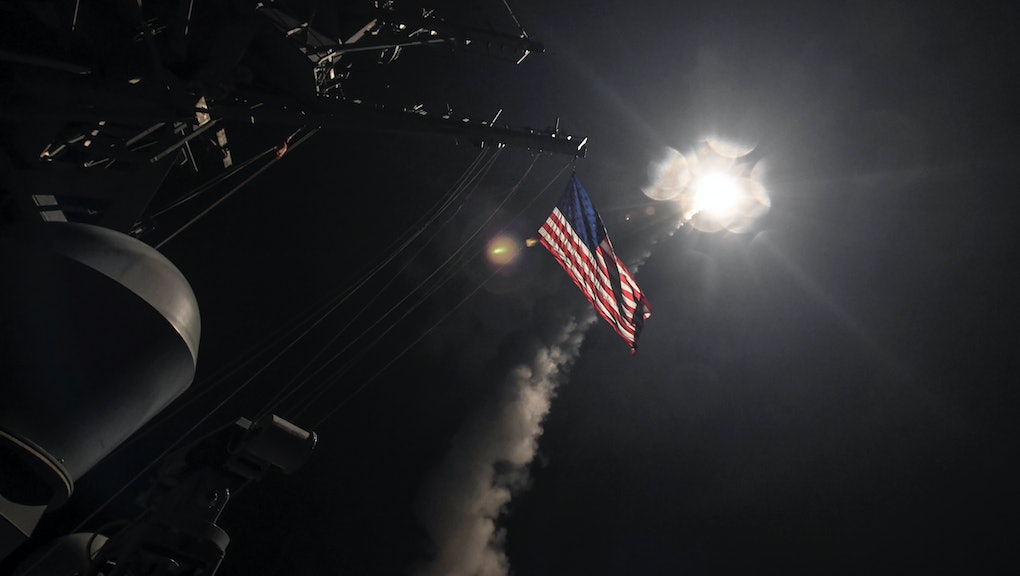 Former U.S. ambassador to Syria Robert Stephen Ford, the last person to serve in that role, predicted Bashar Assad's government will continue to massacre civilians with chemical weapons despite a U.S. missile strike on a Syrian military airfield allegedly involved in one of those attacks.

"I think the strikes that we did last week on that airbase were very good," Ford, a longtime critic of Barack Obama's handling of Syria, told CBS This Morning.

Ford argued the U.S. needs leverage to force Assad to cease using chemical weapons, as he is currently winning the country's brutal six-year civil war and backed by Russia and Iran. He added Iranians could easily retaliate against U.S. forces in the region and the U.S. may lack the power to oust Assad by force, but could apply enough pressure to end his use of chemical weapons.

"I think the most important thing right now is to re-establish deterrence against chemical weapons," Ford added. "That's a distinct limited goal. It's not a big goal like fixing the civil war — just deterring the use of chemical weapons because that applies not just to Syria, but that also applies to Asia, applies to Africa."

On Monday, the Associated Press reported that U.S. officials believe Russia knew in advance of the chemical attack, making them less than credible partners in future efforts to disarm Assad.

If the chemical attacks continue, President Donald Trump could find himself in much the same position he mocked Obama for during the campaign season — stuck between enforcing an ultimatum which could possibly lead to a larger regional war or allowing Assad to continue committing atrocities against other Syrians.

While the Department of Defense insists Trump's strike on the airfield significantly degraded Assad's air force capabilities, Syrian jets were seen taking off from the base shortly after the attack.