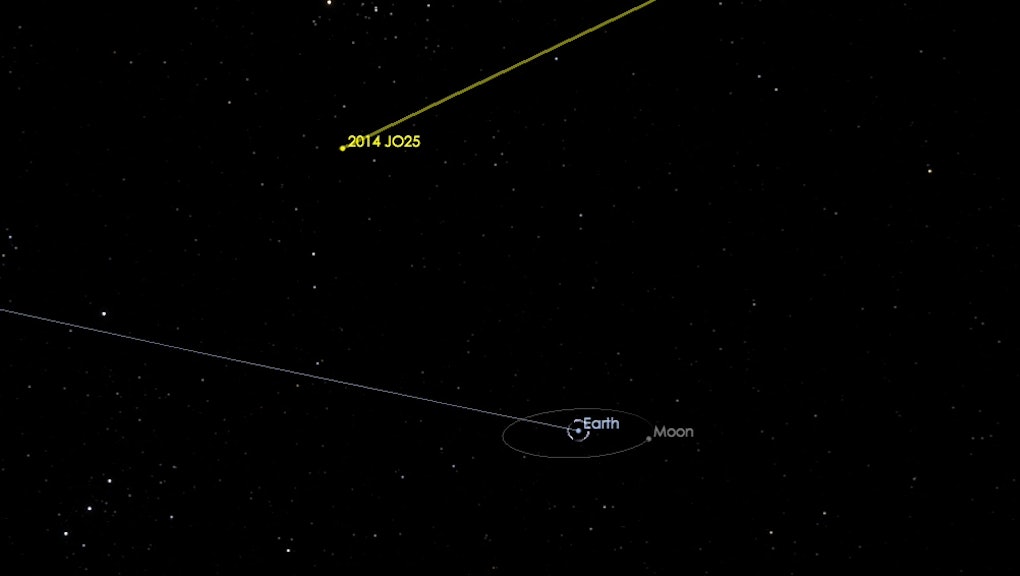 Three years ago, astronomers discovered a huge asteroid that's twice as reflective as the moon, according to a statement by NASA. The space rock, named 2014 JO25, is 2,000 feet in diameter, or roughly the size of two Chrysler Buildings stacked on top of each other.

This April, 2014 JO25 will fly by our precious planet, but as NASA noted, "There is no possibility for the asteroid to collide with" us. That's both reassuring and devastating news, depending on your viewpoint on the current state of global affairs.

The asteroid will zoom by Earth at a distance of 1.1 million miles, or just about five times the distance between the Earth and the moon.

If you have a small telescope, you should be able to view the ginormous hunk o' space debris for one or two nights after its April 19 fly-by, because, just like your love life, it will brighten to about a magnitude of 11 before fading as it continues to soar farther from the Earth, according to NASA.

How to watch the fly-by

If you're a cool space nerd with no telescope, fear not: The Virtual Telescope Project 2.0 will share real-time images of the asteroid online along with commentary from its staff.

Starting at 7 p.m. EDT on April 19, online astronomy service Slooh will host a live show after 2014 JO25 zooms by the Earth, Gizmodo reported.