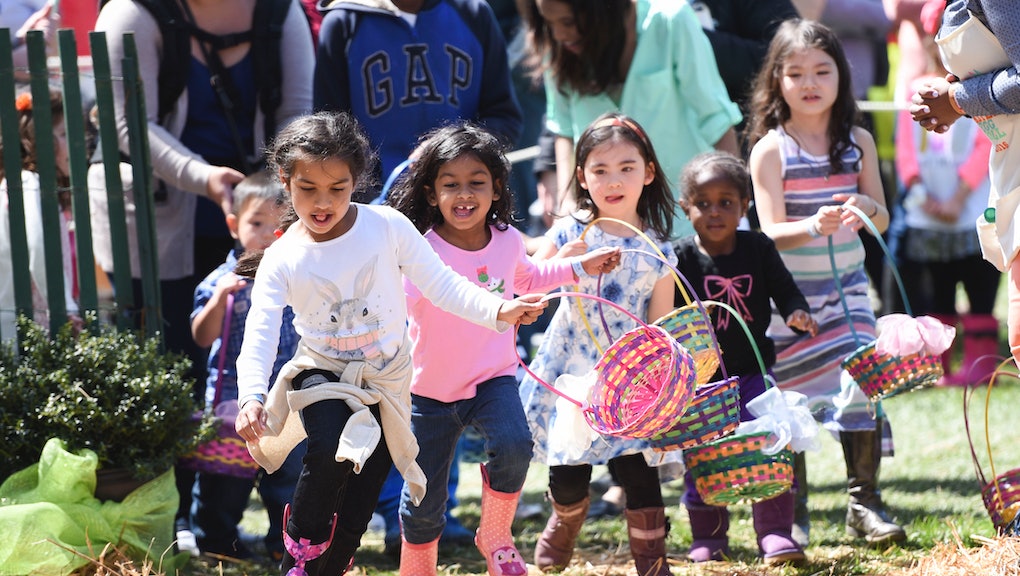 "FYI manufacturing deadlines for the Easter eggs are near. Please reach out!'" wrote custom Easter-egg manufacturer Wells Wood Turning in a tweet that tagged President Donald Trump as well as his wife Melania and his daughter Ivanka.

The tweet was not some shameless attempt at promotion using the president's infamous Twitter account. According to the New York Times, Wells Wood Turning is the company that supplies the commemorative wooden eggs for the annual White House Easter Egg Roll, and the Trump administration had yet to place an order.

According to the Times, manufacturers at Wells Wood Turning had begun to wonder if the White House was even planning on continuing the 138-year-old White House tradition after receiving radio silence from the Trump administration for weeks.

In March, the White House announced that they would, in fact, be hosting the event and promptly put in a rush order for wooden eggs. According to Lara Kline, the vice president for marketing and communications at the White House Historical Association, this year's festivities would have only about half as many eggs as the previous year "due to the limited manufacturing window for this year's Easter Egg Roll."

The annual White House Easter Egg Roll is obviously not the most critical of duties that an administration has to carry out, and the fact that its organization falls under the domestic purview of the first family is more than a little problematic.

Luckily, there is one Trump administration who we know has experience with the annual tradition that might be able to help: former White House Easter Egg Roll bunny and current press secretary Sean Spicer.