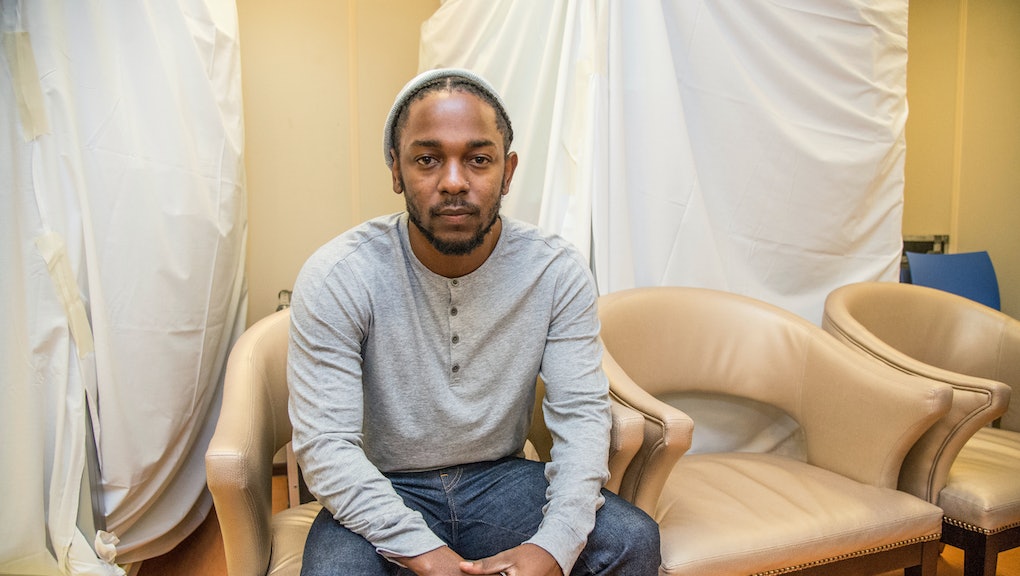 Compared to his previous epics, the new album's cover is relatively barebones. The title appears in a simple serif font across the top, followed by a period. Glassy-eyed Kendrick Lamar wears braids and looks like he's spent days in the sauce. He shared the back cover as well: a green "Damn." headlining a sort of yin-yang layout, with a white T-shirted Lamar standing against a black background and the album's 14 tracks spelled out along the divide.

Every track comes with a simple one-word title, with a few taking their names from various sins. Those tracks with weighty religious undertones seem to come in pairs "Pride" and "Humble," "Lust" and "Love," "Fear" and "God." The album ends with a track called "Duckworth," Kendrick Lamar's real-life surname, a concept that couples nicely with the album's opening tracks, "Blood" and "DNA."

These confirmed features build on the leaked list of composers, which can be viewed in the iTunes preorder's metadata. Sounwave, DJ Dahi, James Blake, jazz band BadBadNotGood, the Alchemist and Cardo are all set to appear.

Despite Lamar's ending couplet on "The Heart, Pt. 4" that told the world to get its "shit together" by April 7, the album's actual release date was delayed until the following week. It will arrive on Friday, April 14 at 12 a.m. Eastern