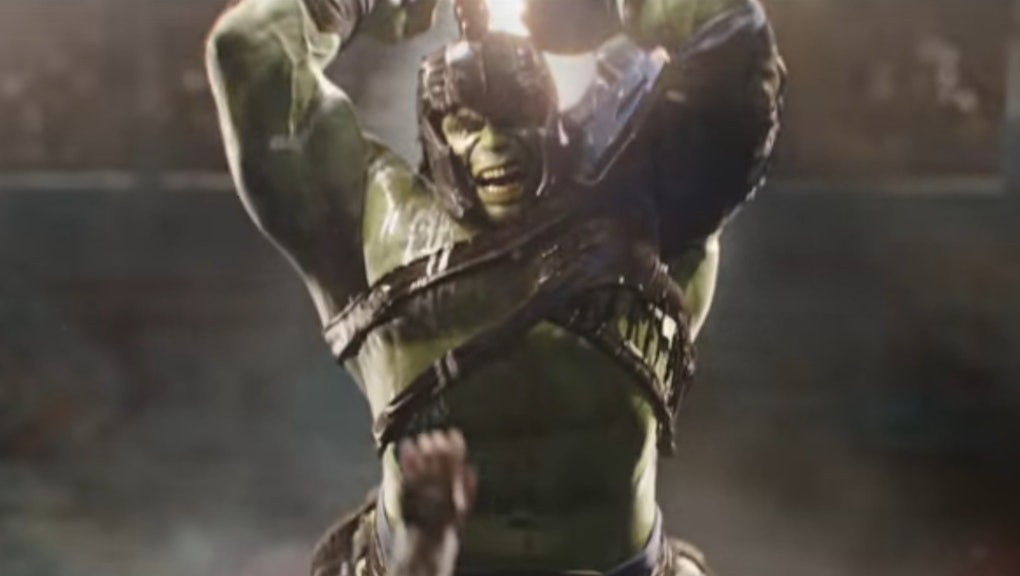 How does the Hulk fit into 'Thor: Ragnarok'? Sakaar and "Planet Hulk" explained.

Guardians of the Galaxy Vol. 2 will dance its way into theaters in under a month, commencing what will be a huge year for the Marvel Cinematic Universe. Two months later, Spider-Man: Homecoming will be swinging into cinemas nationwide before Marvel's year is capped off in November with the release of Thor: Ragnarok.

Buzz is already picking up on Thor's third solo outing, as the film's teaser trailer recently dropped to much excitement. And while the Thor franchise is generally seen as the MCU's weak link, there are reasons for optimism when it comes to the threequel. One of those is the inclusion of the Hulk.

It has been quite some time since Marvel released a genuine solo movie, and Thor: Ragnarok will not break that trend. Like Spider-Man: Homecoming, which will see Tony Stark's Iron Man team up with Peter Parker's Spider-Man, Thor: Ragnarok will see the Hulk — a character generally reserved for the Avengers films — appear alongside Thor (though their encounter may not be friendly).

In the recently released trailer for Thor: Ragnarok, we see Hulk, dressed in awesome gladiator gear, go toe-to-toe with the God of Thunder. You probably could have guessed from the look of the planet in the trailer that Thor and Hulk will not be fighting on Asgard. Rather, the two "friends from work" will do battle on the planet Sakaar, which was featured heavily in the comics as part of the "Planet Hulk" story arc.

In "Planet Hulk," the Illuminati, an organization in which Tony Stark is a member, launches Hulk into space because they fear he is too dangerous to remain on Earth. And while the intent was for Hulk to live peacefully on an uninhabited planet, unforeseen circumstances cause Hulk's shuttle to land on Sakaar, where he is enslaved and forced to fight as a gladiator.

While Thor: Ragnarok will not be adapting "Planet Hulk" directly, it is pretty clear from the trailer that Hulk's storyline will at least be heavily influenced by the popular story arc. In "Planet Hulk," the not-so-friendly green giant is enslaved on Sakaar by the planet's emperor, the Red King. In Thor: Ragnarok, it appears that Thor and Hulk will be fighting not for the Red King's amusement, but for the pleasure of the Grandmaster.

It is also not entirely clear how much Hulk will factor into Thor: Ragnarok. It is possible that Hulk will only appear in a few scenes that take place on Sakaar, before being sent back to Earth, or in some other way, setting him up for his appearance in 2018's Avengers: Infinity War. What we do know is that Mark Ruffalo completed his scenes for Thor: Ragnarok several months before filming wrapped.

How does Hulk end up on Sakaar?

The most interesting thing, perhaps, regarding Hulk's appearance in Thor: Ragnarok is how he ends up on Sakaar. As previously mentioned, in "Planet Hulk," he is shot into space by Tony Stark and the Illuminati. Considering the Illuminati do not exist in the MCU, at least not yet, it is very much likely that Hulk will end up on the planet for other reasons.

But Hulk has been missing since the events of Avengers: Age of Ultron. Toward the end of that film, Hulk is seen flying away in a Quinjet, and the other members of the Avengers are unable to track him. The final moments of Age of Ultron seemed to indicate that the Quinjet crashed near Fiji, but Hulk was never found. In 2016's Captain America: Civil War, Hulk is mentioned as still missing by Secretary of State Thaddeus Ross.

It is possible that Hulk's ship did not crash and that he actually flies the Quinjet into space and eventually makes his way to Sakaar. It is also possible, though highly unlikely, that a cohort of the Avengers secretly shot Hulk into space for reasons similar to those of the Illuminati in "Planet Hulk." Finally, and perhaps most likely, Hulk could be brought to Sakaar by either the Grandmaster or Valkyrie.

In the Thor: Ragnarok trailer, we see that Valkyrie is responsible for bringing Thor to the Grandmaster as a contender. It is thus possible she does the same to Hulk — though it would be interesting, to say the least, to see how anyone could forcefully bring the Hulk anywhere.

Regardless, we fill find out for sure exactly how Hulk ends up throwing down against Thor when Thor: Ragnarok is released in theaters on Nov. 3.