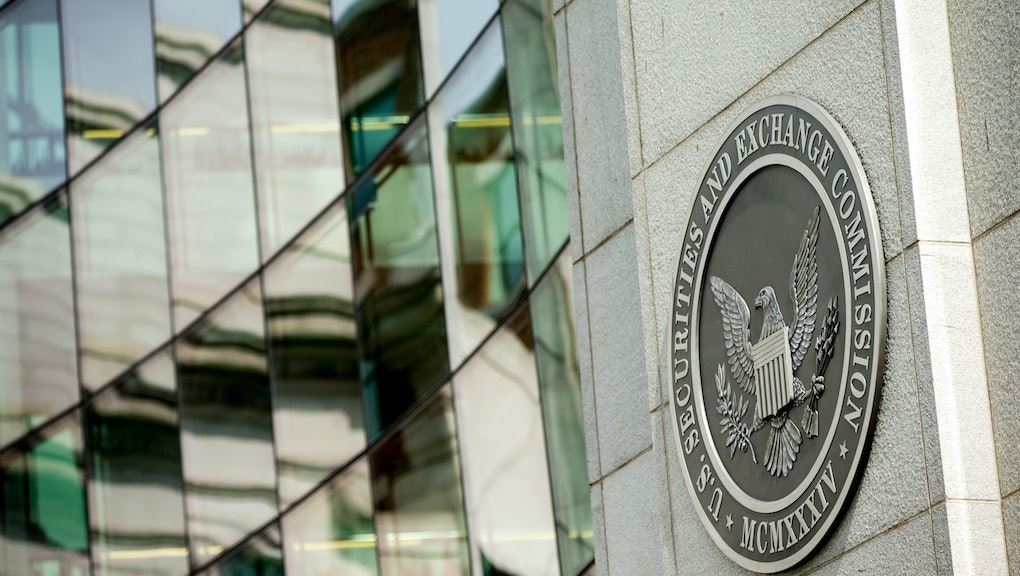 Financial publications have a fake news problem, SEC alleges: How to be a smart reader

You know to be careful with what you read and share online, but that's especially true if you have money on the line. The Securities and Exchange Commission announced Monday it was charging 27 individuals and companies for fraud over a widespread scheme to publish deceptive articles with the aim of pumping up stock prices.

In the scheme, writers and communications companies were allegedly enlisted to write flattering commentary in publications like Forbes and Seeking Alpha — that appeared to be impartial. The SEC claims some 250 articles written about stocks — including several biotech companies — contained omitted or misleading information about whether the author got compensation from a third-party source.

In one case, a writer had 10 online identities, one of whom claimed to be "an analyst and fund manager with almost 20 years of investment experience."

The SEC also alleged that some of the writers were also pulling off what's known as a "pump and dump" scam, which was how the Wolf of Wall Street's Jordan Belfort made his ill-begotten fortune: Authors were reportedly buying shares of stock before publishing the flattering stories — then selling them for a profit once readers started acting on the "news" by buying shares.

While most posts in question were published to the blog Seeking Alpha, according to court documents shared with Mic via email by an SEC spokesman, stories in Forbes, the Motley Fool and TheStreet were also reportedly compromised.

In many cases, the websites published disclosures saying that the content came from a third-party source.

It is common for publications to accept submissions from outside contributors, but editorial practices vary widely. Benzinga's disclosure states that contributed stories are not edited. Seeking Alpha, on the other hand, claims it does edit submissions from users and lists rigorous guidelines, including a ban on "promotional content within articles."

None of the publications are being charged, according to a Reuters report, and involved biotech companies that have settled with the SEC include Galena Biopharma, ImmunoCellular Therapeutics and Lion Biotechnologies — though they have not publicly admitted wrongdoing. Together, they will pay more than $4.8 million in settlements and fines. Overall, 17 parties have settled with the SEC so far, with payouts ranging from $2,200 to nearly $3 million.

Forbes, TheStreet and the Motley Fool didn't immediately respond to request for comment about their editorial guidelines. One Forbes post, "These Three Companies Are Paving The Way To Breast Cancer Treatment," appears to have been deleted, but cached versions of the story can still be found online. It's not clear when the post was removed from Forbes site or whether the removal had to do with the SEC's findings.

In a statement via email to Mic, a Seeking Alpha representative wrote: "Seeking Alpha takes stock promotion very seriously. Our system documents all authors' claims to not having been compensated by third parties, and we maintain accurate records of all Seeking Alpha authors' real-life identities. We don't have the ability to investigate claims by the SEC or other regulators."

Seeking Alpha didn't respond by publication time to follow-up questions about whether stories named in the action will be taken down or updated.

Anthony Laverde, chief content officer for Benzinga, which published seven of the 450 articles named in the SEC's lawsuit, said in a phone interview with Mic that the publication was still determining whether or not to delete the posts or to take some other action, as the publication wasn't made aware of the SEC's findings until they were made public on Monday.

How to be a critical financial news reader

A crucial takeaway here is you should never act on a stock tip you read online, particularly if the source of the information is under a pseudonym. Reuters notes that many of the implicated stories had bylines like "Trading Maven" and "Wonderful Wizard," an early clue the authorship might have been suspect.

Better yet, don't act on stock tips at all — and instead stick with what most financial planners suggest: holding diversified, well-vetted index funds.

The SEC notes that investors in penny stocks — the catchall term for companies with share prices less than $1 — are particularly susceptible to scams like this one, since they typically trade outside of major exchanges, like the New York Stock Exchange or the Nasdaq. Yet another reason to be careful about stock-picking based on rumors or posts online.

Finally, remember that even the most reputable destinations for financial news may rely on sources with their own biases and agendas.

In March, for example, Fortune published a story with the headline "Wall Street Titans Say Snapchat's Stock Will Soar Nearly 20%." The titans in question? All the big banks that Snap paid to help orchestrate their initial price offering.

Fortune was very clear about that fact — in the body of the article — but you wouldn't have wanted to make a trade based on that headline.