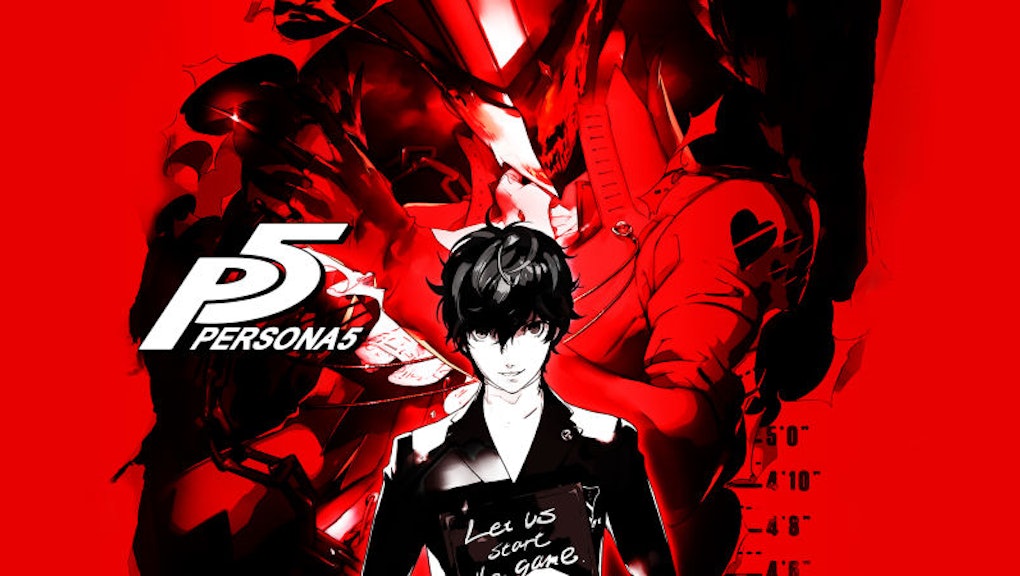 'Persona 5' Music: How the series soundtrack has evolved through the years

Persona may not have concerts outside of Japan, but the series' dedication to music, both as a storytelling device and as a portal into the exploration of adolescence, is a thread woven through every single game (including its offshoots, like Persona 4: Dancing All Night, Persona 4 Arena and Persona Q).

The Music of Persona: Where it all began

Revelations: Persona's soundtrack, the first in the series, was a combination of high energy pop, hard-hitting rock interludes, and more traditional Japanese role-playing game instrumental compositions. The first game in the series only contained a shadow of the iconic flavor the Persona franchise has become known for, and most of the soundtrack is overwrought and unsure, grasping for distinction without doing anything innovative.

Even the Japanese version of the soundtrack lacked the charm and personality that fans have come to expect from the series. I haven't had the opportunity to play the original Persona — even though it was ported to the PlayStation Portable, or PSP, in 2009 — but from what I've read, the game didn't make enough of an impact in the '90s to warrant much of a second look.

The Music of Persona: Persona 2 is almost what you'd expect

Persona 2's soundtrack continued in the vein of the original Persona without succumbing to the same mistakes it made. The nods to JRPGs like Final Fantasy (a combination of chipset and synth interludes) didn't oversaturate. Instead, Persona 2's music had the beginnings of what Persona's sound would evolve into with the next installment in the series. It's the combination of upbeat horns and experimental synth that marked Persona 2's sound as undeniably Persona.

The Music of Persona: Finally, the iconic Persona sound

Persona 3 Portable is where fans of the series generally recommend the newbies to start — it's where the series really comes into its own, in terms of gameplay, story and, of course, music.

Persona 3 is the darkest of the modern Persona games. Characters simulate suicide each time they summon their personas. The story is heavily lined with abuse and trauma, as each character suffered as a result of their past. But it was that suffering, those traumas, that helped bond them. They became each other's lights through that tragic commonality.

The soundtrack moves fluidly between the bright horns that Persona 2 had introduced us to, grittier nu metal (bordering on industrial) and the high intensity EDM/pop that Persona 4 would capitalize on. The most notable feature of the Persona 3 soundtrack is "Burn My Dread," the headlining song of the game.

The extended boss-battle mix is the best version of the boss-battle "Burn My Dread," creating a solid juxtaposition of the two distinct moods peppered throughout the game.

The Music of Persona: Persona 4 Golden hits the sweet spot

Persona 4 Golden is where I fell in love with the series. After the fifth person told me that I was missing out on one of the best JRPGs out there, I bought a PlayStation Vita just so I could play it. The aesthetic — electric pop-art and a splashy saturated palette — instantly hooked me, but it was the soundtrack that kept me.

Persona 4 Golden expertly wields music as a character in the game — it's a powerful ally, driving you onward in the story through rain, mist and the perils of teenage angst. The soundtrack is moody without plunging too deeply into rock or metal. It's sprightly, without fully embracing saccharine Top 40 pop. Much like the mood of the game, the music walks the edge between extremes.

The sound has a tendency to take shortcuts through genres, incorporating disco, funk, J-Pop, alternative and EDM. In any other soundtrack, it would be jarring, but the music was consistent in delivering on the mood of the story arc or location.

If you only listen to one song from the Persona 4 Golden soundtrack, though, let it be "Heartbeat, Heartbreak."

The Music of Persona: Persona 5 is all grown-up

Persona 5's soundtrack is an amalgamation of the hard-hitting Persona 3 and the effervescence of Persona 4. The opening song, "Wake Up, Get Up, Get Out There," is iconic, echoing Persona 4's love affair with disco — and that game's opening song, "Shadow World."

The heavy emphasis on bass (and strings, in general) is what sets Persona 5 apart from Persona 4 Golden and especially from Persona 3. There's still experimental synth. There are still influences from J-Pop and EDM, though they're subtle. The guitar riffs are harder than they were in Persona 4 Golden, leaning more toward industrial metal than rock.

But the most notable quality of the Persona 5 soundtrack is that it feels grown up. It's precise in ways that none of its predecessors were, leaning on the maturity of its audience to understand its musical undertones.

The Music of Persona: It'll keep getting better

There will always be familiar sights and sounds in every Persona game. Igor, the Velvet Room's guiding hand and the protagonist's persona mentor, will always be croaking a wise word. Consequently, the Velvet Room music has remained the same throughout the series. Persona's modern releases will likely continue to incorporate elements from disco, pop, EDM and rock.

It's worth noting that with each re-release, Persona's sound evolved incrementally. Persona 2: Innocent Sin (for PSP), Persona 3 Portable (also for PSP) and Persona 4 Golden (for PS Vita) each saw their sound remastered and retooled for modern audiences.

As the game's visuals and gameplay have evolved through the years, so too have the soundtracks. Persona's music is inextricable from the experience, as much as music is an inseparable part of life for the teenagers the games portray.