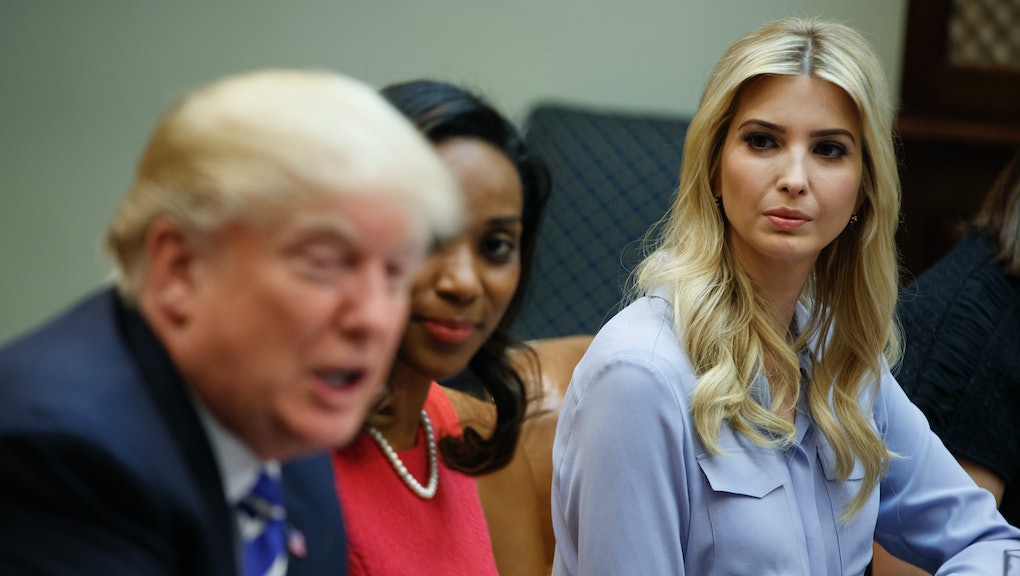 In the wake of Donald Trump's decision to launch 59 Tomahawk missiles at a Syrian airbase on Thursday, American media highlighted the president's perceived humanity. One particular report — from Trump's sworn enemy, the "failing New York Times," no less — ran under the headline, "On Syria Attack, Trump's Heart Came First."

But in an interview with the Telegraph on Tuesday, Trump's middle son, Eric, alleged it might have been another "heart" that swayed the president's: his daughter Ivanka's.

According to Eric, Ivanka was "heartbroken and outraged" over the chemical weapons attack Syrian President Bashar al-Assad ordered against civilians.

"Ivanka is a mother of three kids and she has influence. I'm sure she said 'listen, this is horrible stuff.' My father will act in times like that," Trump told the Telegraph.

He added that he considers his father to be "a great thinker, practical not impulsive."

"I'm proud he took that action and believe me he thinks things through," he said.

Trump was notoriously opposed to Syrian intervention during the administration of his predecessor, former President Barack Obama, frequently making his dissent known by way of Twitter. But the use of chemical weapons changed everything, his son said.

"Then a leader gasses their own people, women and children, at some point America is the global leader and the world's superpower has to come forward and act and they did with a lot of support of our allies and I think that's a great thing," Eric Trump said.