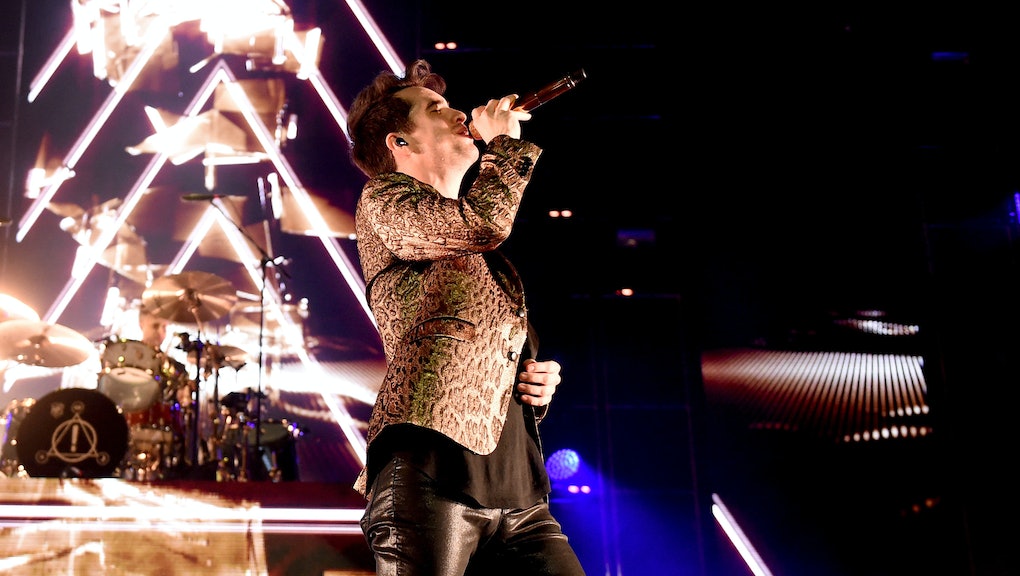 When to watch Panic! at the Disco's Brendon Urie in 'Kinky Boots'

Panic! at the Disco's Brendon Urie will make his Broadway debut in the Tony-winning musical Kinky Boots beginning May 26. According to the Hollywood Reporter, Urie will perform with the cast through Aug. 6.

The last remaining member of the band's original lineup — who released the album "Death of a Bachelor" in 2016 — announced the news in an online video. Urie said performing on Broadway "has been on my bucket list for the longest time" and described the news as a dream come true.

Joining a cast that includes J. Harrison Ghee and Taylor Louderman, Urie will play Charlie Price, a working-class Brit who inherits a shoe factory from his father. Looking to produce a necessary product that will help the business, he joins forces with a group of drag queens to produce stylish but serviceable boots.

The musical, which just celebrated four years on Broadway, features a book by Harvey Fierstein and a score by Cyndi Lauper. In 2013, it won six Tony Awards, including best musical.

Discounted tickets to Kinky Boots can be purchased via Ticketmaster using the code BRENDON.