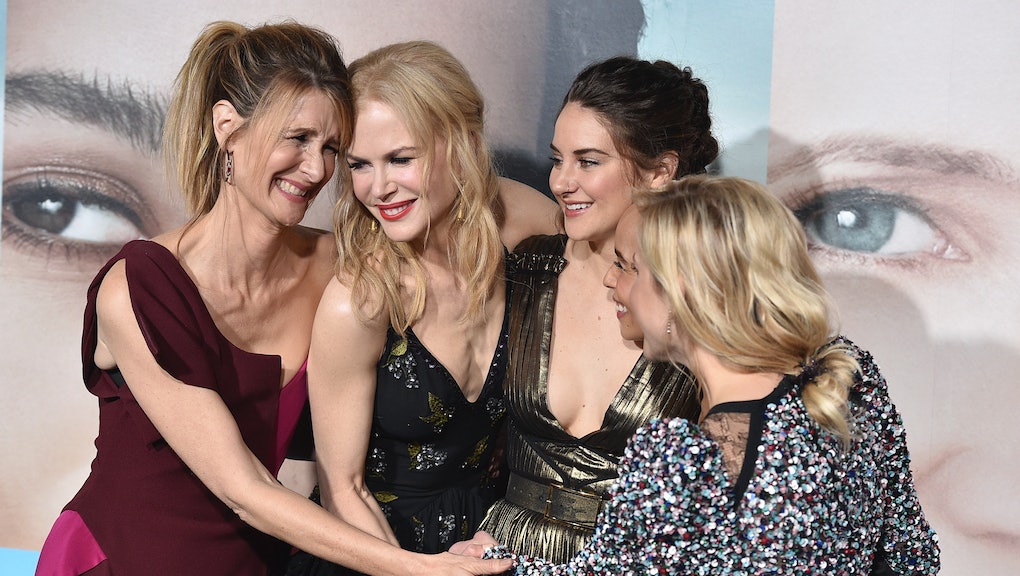 Big Little Lies, HBO's sensational whodunit drama, had fans clamoring after the finale. Some immediately began asking for a second season, while others insisted the story had run its course and a sequel would be redundant. All good things must come to an end, right?

Well, maybe not. Big Little Lies author Lianne Moriarty confirmed she is in fact open to a second installment of the limited series.

This is a bit curious, considering the series director told the Hollywood Reporter he wasn't really interested in taking the story further. It would also be somewhat trickier to do because there's no more source material from which to draw. But hey, if Game of Thrones can continue on beyond George R.R. Martin's novels, why can't this series, which requires far fewer costumes and locations?

"I have started to think about ways this could continue," Moriarty told the Sydney Morning Herald in an exclusive interview. "The producers have asked me to see if I can come up with some ideas."

According to Moriarty, Reese Witherspoon had been encouraging viewers to nudge her about a second season, and she began to realize there was room for these characters to grow.

I'm absolutely open to it because, once I started thinking, it was too much fun to see what I could do and to see these characters again. And there's definitely places you can go.

Moriarty's not sure what direction the plot will take, but she already has a sense of which characters she'd like to expand upon. For example, Bonnie, played by Zoe Kravitz, is a character she feels needs more attention. That was one thing that frustrated her about the series — Bonnie's backstory about her abusive father was left out of the show.

She's also excited about exploring the next steps for Celeste, portrayed by Nicole Kidman. What will she do now that her husband (and abuser) is gone? "She's still grieving for the end of a terrible relationship and I think that would be a really interesting thing to explore," Moriarty noted.

The cast also seems to be enthusiastic about returning to their characters. Nicole Kidman told TV Line it would be "a beautiful prospect," and obviously Witherspoon is gunning for it. A show with such well-rounded female characters is still, unfortunately, relatively uncommon, so it's understandable they'd want to hold on to their roles for as long as possible.

If there is in fact a second season of Big Little Lies, here's hoping it continues to showcase more talented actresses; gorgeous music; and fewer creepy, violent men.