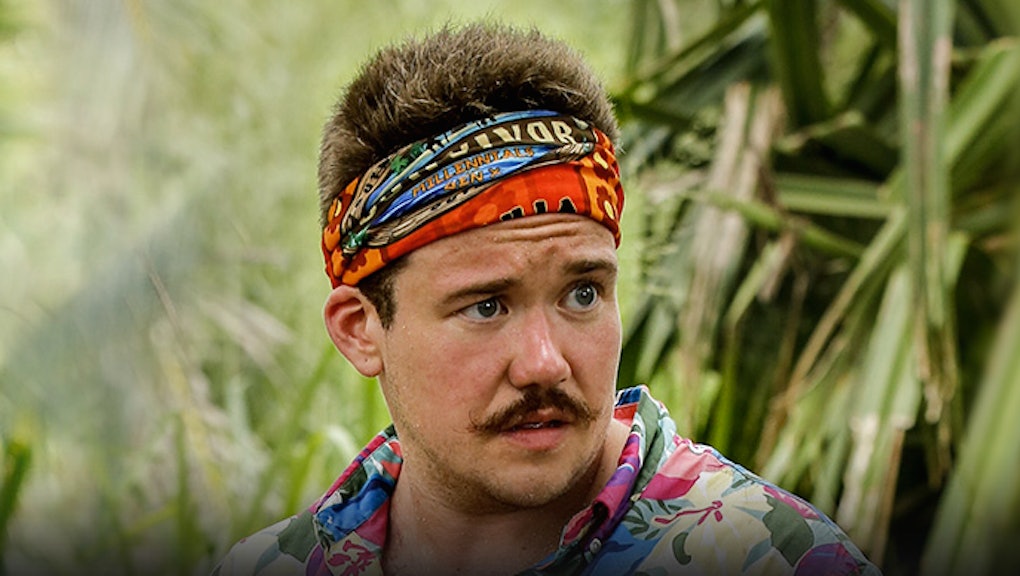 Zeke Smith on 'Survivor': His 5 most strategic moments from seasons 33 and 34

Over the course of his two seasons, Zeke Smith has played the game of Survivor to his best advantage. He is one of the few Survivor contestants to return for another season following his first appearance on the show, and that's because he plays a good game.

Zeke first appeared on season 33, aka Survivor: Millennials vs. Gen X. Following his first run, he was asked to come back as one of the returning players for the current season, Survivor: Game Changers. During his time on Survivor, Zeke has been one of the more strategic players. Working well with other players and putting his game first, Zeke has used his personality and charisma to his benefit and executed some masterful gameplay. These are the five times Zeke has outlasted on Survivor.

In season 33, the Gen X and Millennial groups were split into three separate tribes. This was the first split of the season, and Zeke was worried. The only other millennial he was with after the division was Michelle Shubert, and the two weren't as close as he wished.

Thankfully, he bonded with the Gen X members that he found himself with after the tribe swap: David Wright, CeCe Taylor and Chris Hammons. While David would prove to be his enemy later on, bonding with the new members of his tribe kept the pressure off him and helped him survive a few more weeks.

2. His hair was full of secrets

Once the teams had merged, Zeke overheard some important information that helped his strategy in season 33.

While Jay Starrett and Taylor Lee Stocker were talking game, Zeke was secretly listening in on them. They were discussing voting out Adam Klein, and Zeke used this information to benefit his game. He told Adam, causing Adam to freak out, which led to his trying to switch everyone's votes. Michelle ended up going home as a result of Zeke's gossiping skills.

Once all the contestants were part of the newly formed Vinaka tribe, there were clear divisions in the group. Some of the original Millennial and Gen X members had formed a voting block that was taking people out. But things were beginning to change for those part of the Gen X group. Zeke was continuing to work together with David, and the two concocted a blindside plan to take out Chris. They executed their blindside and it worked for both their games.

While it was a genuinely sweet moment, Bret LaBelle coming out to Zeke was another win for the latter's game. Zeke was looking to swindle more players to help keep him safe in the coming weeks. He got close with Bret who, during a reward trip, told Zeke he was gay and the two bonded over that experience. The two maintained a friendship as a result and it worked in favor for Zeke moving forward.

As Survivor: Game Changers continues on, Zeke has kept a mostly low profile. That was, until it came to who was going home in season 34, episode five, titled "Vote Early, Vote Often." The Nuku tribe went to tribal council, and while everyone was targeting Tai because he was unpredictable, Zeke helped fan the flames that eventually led to two-time winner Sandra Diaz-Twine's shocking and early elimination from the game.

You can watch an all-new episode of Survivor: Game Changers, Wednesday on CBS at 8 p.m. Eastern.