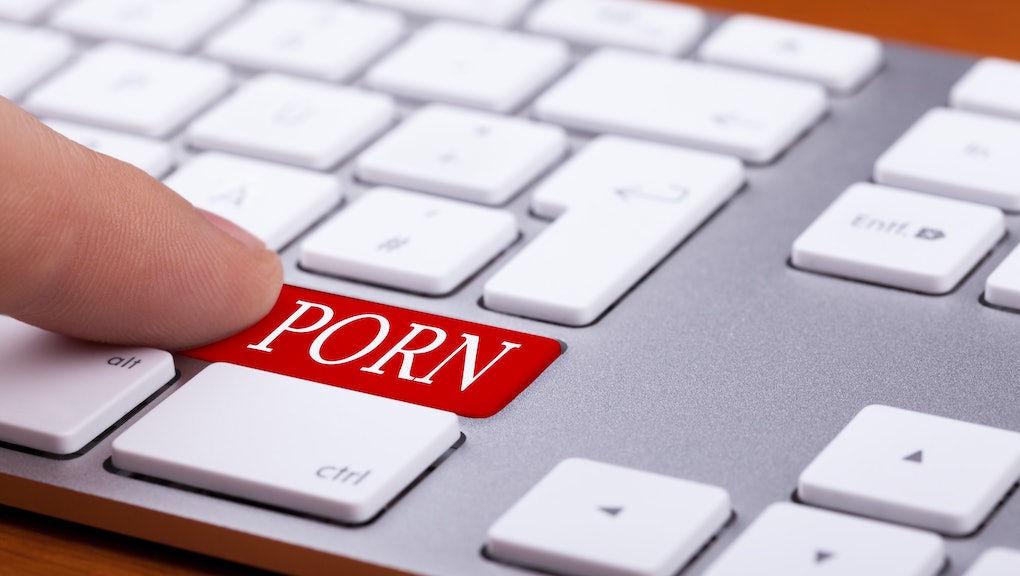 Legislators: Would you please support this Human Trafficking Prevention Act? You're against human trafficking, aren't you?

Fantastic — you just agreed to equip all internet-connected devices with a pornography filter.

The Human Trafficking Prevention Act was spearheaded by Chris Sevier, a former lawyer and current electronic dance music producer who once protested same-sex marriage by trying to legally marry his "porn-filled Apple computer." He was also charged with stalking and harassing a country star and a teenage girl, according to the Daily Beast, which has a much more comprehensive profile of Sevier that you — and any legislator throwing their support behind this bill — may want to read.

The bill has been drafted in 13 states and, according to the Daily Beast, Sevier plans to introduce it on a federal level in late April. It would require all electronic manufacturers to install a pornography filter on all of their internet-connected devices. If a consumer wants to remove it, they would have to pay a $20 tax for each device.

How would this reduce crimes related to human trafficking?

"This bill is not about human trafficking. It's about this one individual who really has it out for pornography and this is his attempt to attack it after having gone after it in court in the past," Dave Maass, a researcher at the Electronic Frontier Foundation, said in a phone call.

"I think you can probably come up with some sort of tenuous connection between the game of tennis or the proliferation of burritos and claim that that's somehow connected to human trafficking based on the logic involved in this bill," Maass said.

"This is not a bill that will have any impact on human trafficking and appears to have been named that simply to garner support," Lee Rowland, a senior staff attorney at the American Civil Liberties Union, said in a phone call.

Additionally, if Sevier truly believes that viewing pornographic or obscene material on your devices is somehow a contributing factor to human trafficking, why give people the option to circumvent it by throwing down an Andrew Jackson?

Rowland said that it's "an unconstitutional cash grab for an internet filter." Maass said that it "could be a revenue-generating program and who knows where that money is going to go and whether that will have any kind of impact on human trafficking."

It's "an unconstitutional cash grab for an internet filter."  — Lee Rowland, ACLU

Rowland noted that a provision in the model law specifies that the mandatory tax to lift the filter from devices would not only fund victims of human trafficking and obscenity, but victims of divorce.

"[Divorce] is literally the third word in the description of victims," she said. "So this is very obviously a very odd bill that has a very odd perspective on human trafficking."

"Some of the initial iterations of the bill had the money going to anti-divorce organizations," Maass said, adding that if legislators really want to fund anti-trafficking, they could find a way to redirect something in their budgets.

"I don't think that the answer here is to put it on the backs of everyday people who just want to exercise [their] First Amendment right."

Aside from the misleading keyword in the title of this legislation, the Human Trafficking Prevention Act is arguably unconstitutional. Rowland said that the ACLU has "repeatedly" litigated against attempts from the government to control what adults are allowed to view online.

"I'd love to hear a full defense of the text of this bill from one of the legislators who has introduced it beyond simply the misleading title," Rowland said, "and so far, I have not heard one."