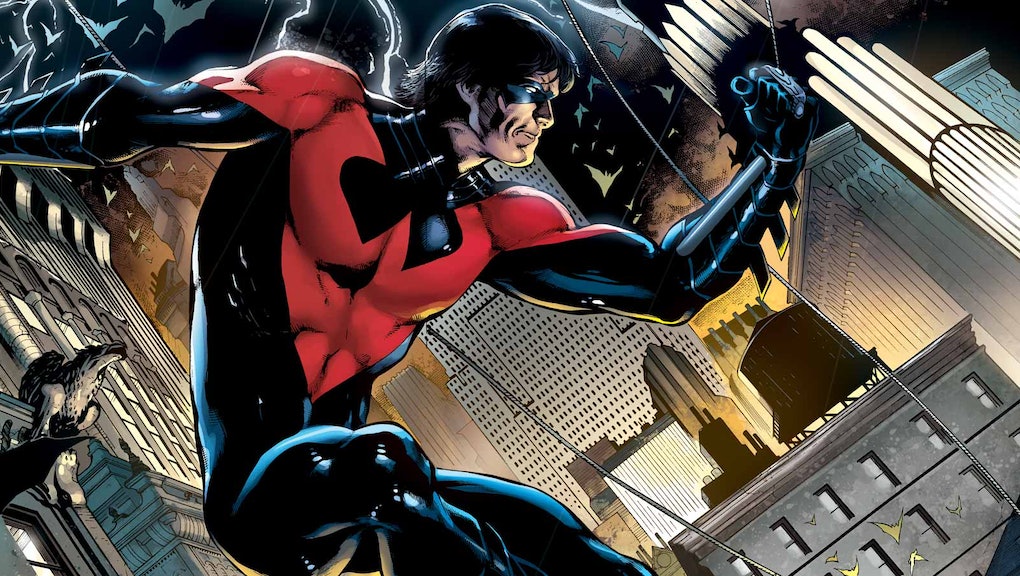 Netflix's latest binge-worthy obsession is not Iron Fist, but 13 Reasons Why, a series based on the bestselling book of the same name by Jay Asher. 13 Reasons Why explores the ways in which bullying and overall nastiness in high school could lead someone to take their own life. But not every character in 13 Reasons Why embodies the "evil" of some adolescents. There are heroes; one of those heroes is Jeff Atkins, who is played by Brandon Larracuente.

Now, Larracuente is hoping to play a different kind of hero: DC Comics' Nightwing. Considering how popular Jeff has become, Larracuente is understandably developing quite a following on social media. To his credit, he has kept rather engaged with his fan base. One response he recently gave to a follower could pique the interest of comic book fans.

Asked on Twitter whether there are any Marvel characters he would like to play, Larracuente answered, though he pivoted to DC Comics. "Hmmmmm, I know he's not a Marvel character but I've always had a fascination with Nightwing from the DC Comics," he said.

Honestly, that answer is enough to start the speculation train.

Nightwing is the alter ego of the first Robin, Dick Grayson. As he matures, Grayson eventually ditches his Robin persona in favor of the Nightwing identity. He then moves to the fictional town of Blüdhaven to be its first protector.

Nightwing is one of the most popular members of the Batman universe, and thus it is understandable why any actor would want to portray him in a feature film. A Nightwing film is in fact in development as part of the DC Extended Universe. In February, the Hollywood Reporter revealed that the Lego Batman Movie's Chris McKay was in negotiations to helm a Nightwing-centric film for Warner Bros.

Nightwing joins other in-development films such as Gotham City Sirens and the recently announced Batgirl that are based on characters who feature prominently in Batman comics. As of yet, nobody has been cast as Batman's first sidekick, though Dave Franco recently threw his name into the conversation during an interview with Comic Book.

If Warner Bros. is looking, however, to cast an up-and-coming star for Nightwing, the company may want to seriously consider 13 Reason Why's Larracuente, who nailed it as Jeff.