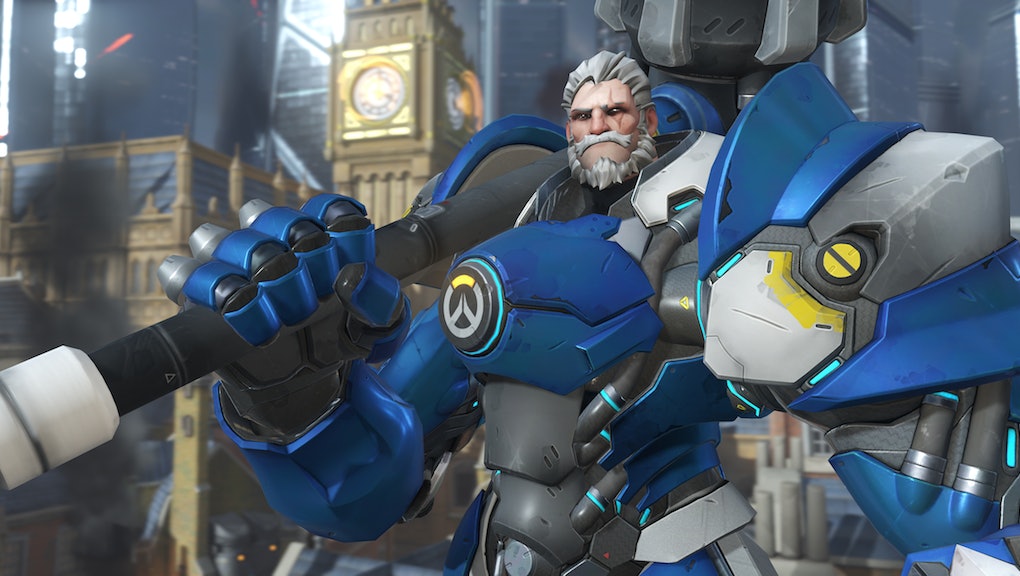 When each new Overwatch event starts, Blizzard releases a short, sexy trailer that gives a brief overview of what players can expect, but they can't cram every single detail in there. Such is the case for the Overwatch Uprising event, in which there are several cool secrets hidden in both the gameplay itself and in all the unlockable items that might not be immediately apparent.

Check out a few such hidden gems from the Uprising event below.

During the chaos of Uprising mode, it's easy to get tunnel vision and forget to use Tracer's blink ability, but it actually has a tangible effect on enemy Omnics. It temporarily confuses them and causes them to stop shooting as they look around to see where she's gone.

The question of Pharah's father is one that's long plagued the Overwatch fandom. We already know her mom is the support character Ana, but the identity of her father remains a mystery — one that's been unraveled just the slightest bit in one of Ana's new sprays accompanying the Uprising event.

It's called "Newborn," and it shows a young Ana cradling baby Pharah and standing beside Pharah's father. (Sorry, all you Reinhardt baby daddy conspiracy theorists.)

Some speculated that the man sitting across from Pharah in the holiday-themed "Reflections" comic might be Pharah's dad, but this seems like a much more concrete depiction of him.

In the time leading up to an Overwatch match, when players have a minute or so to swap characters and figure out their team composition, heroes will often banter with one another. When Pharah and Reinhardt are on the same team, sometimes Pharah will have a slight fangirl moment, confessing that she used to have a poster of Reinhardt hanging on her bedroom wall.

In response, Reinhardt says, "I remember the poster! My hair was amazing."

In Reinhardt's new "Poster" spray, we get a firsthand look at that legendary mane. Yep. Confirmed. Amazing.

Has anyone else blocked the absurdly convoluted, drawn out alternate reality game (ARG) that led up to the reveal of Sombra? Yeah, us too. Well, dredge those memories back up because Sombra's new "Espresso" spray references a specific part of that ARG.

In particular, there was a portion of the ARG where in which players hacked into the email database of LumériCo — a corrupt energy company in Dorado — and read the employees' correspondence. One stream of these emails contained a passionate debate about the company's faulty espresso machine.

Now, for the deepest deep cut of them all: If you combine Soldier: 76's new spray with Reaper's new spray, they appear to form a reference to the main characters of the 1987 video game Contra. Kudos to Reddit user blarg552 for spotting this one.