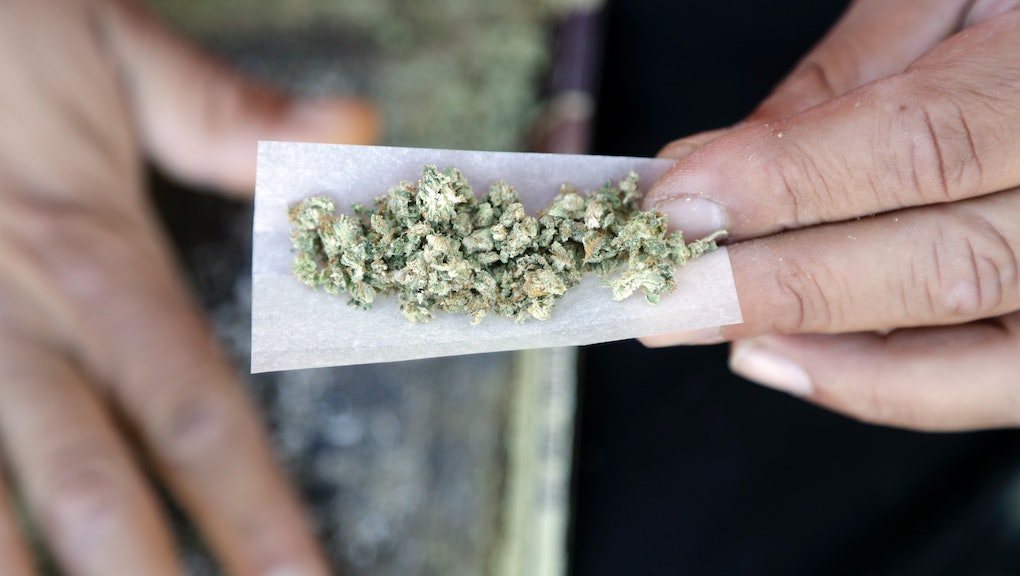 Indica vs. Sativa: What's the difference, how to identify them and which is better for you

Whether you're talking with a doctor about a medical marijuana recommendation or just stepping into a recreational pot shop for the first time, weed experts want to make sure you're clear on one particular fact: Not all bud is created equal.

If it's your first time in a dispensary, the budtender will typically ask, "Do you prefer sativa or indica?" Don't be intimidated by these exotic-sounding words — this isn't more complicated than anything you learned in high school biology, and it doesn't hurt to know a little more about the drug you're smoking, vaping or eating. So here we go.

The stuff we call "marijuana" generally refers to the two species of cannabis most often cultivated by humans. These would be Cannabis sativa and Cannabis indica.

Cannabis in general has no fossil record to speak of, so it's difficult to determine where the progenitor of sativa and indica originated, but it likely evolved on the Eurasian land mass, perhaps in Central Asia, and various civilizations spread it around the world.

Today we know that sativas thrive in tropical places, including Central America and Southeast Asia. Indicas have done well in some rockier, colder climates; the infamous "kush" strains are so named because such cannabis plants grow natively in the Hindu Kush mountains that span the border between Afghanistan and Pakistan.

Even at a glance, you'll notice that the plants look strikingly different: Sativa can grow up to 20 feet tall if given enough room, with its branches and leaves spread out a bit, while indica is much shorter and bush-like, with more densely crowded leaves.

Because the indica species is shorter, cultivators consider indica plants better-suited to indoor growing — a relatively new development. Outlaw cannabis growers were forced to go underground in the '70s and '80s.

The leaves of each plant are somewhat similar; both have the recognizable star shape emblazoned on everything from regulated weed products to hats and T-shirts.

But on closer inspection, you'll see that sativa leaves — rather like the plant itself — are long and skinny, whereas an indica's leaves are short and squat, similar to the plant's overall compactness.

Another difference: the sativa buds are long and sausage-shaped, while indica buds are dense and bulbous, which makes it possible to tell the buds apart even after growers harvest the plants.

Finally, indica is a faster-flowering, taking about 45 to 60 days to reach mature bloom, whereas sativas can take 60 to 90 days to do the same.

Sativa and indica have distinctive chemical compositions, leading many to assume the two species produce different kinds of highs. (In fact, analyzing the plants' "fingerprints" is in part how scientists confirmed the two-species concept.)

A 2004 study found that indica had, on average, higher levels of THC, or tetrahydrocannabinol — the psychoactive compound in weed that gets you high. Plants with "relatively high levels" of similar cannabinoid compounds were common only to indica, the authors also wrote.

Budtenders will often introduce the two species to consumers by describing how each works on the body and brain. The typical line is that sativas bring on a cerebral, energizing head rush, perfect for daytime and active engagement, and indica is better for pain relief, body buzz or simple relaxation.

Unfortunately, the truth is a lot more complicated. Back in 2013, cannabis researcher Jeffrey Raber challenged "the misperception that indica will put you to sleep or that sativa is more energetic" by testing the weed sold in pot shops and showing that much of the categorization system and particular strain names were altogether arbitrary.

A 2015 Canadian study confirmed his hunch, demonstrating that sativas and indicas could be nearly identical at the genome level. And as High Times pointed out that same year, weed labeled "sativa" has been known to induce the so-called "indica" high, and vice versa. According to High Times, "These terms should only be used to help describe lineage, growth patterns and development and geographic or climatic regions of origin" — matters of pure taxonomy.

Weed labeled "sativa" has been known to induce the so-called "indica" high, and vice versa.

Further confusing the issue is the increasing popularity of hybrid sativa-indica strains as breeders try to fuse the best aspects of both plants, and the reality of everyone's individual reactions to the same type of marijuana, depending on a host of external factors. Then, of course, there are subtle variations between individual plants of the same general strain.

All in all, anyone who predicts a batch of pot's specific effects with certainty based solely on its pedigree is probably oversimplifying a bit. It's one thing to say that your weed is especially potent — high levels of THC guarantee that — but when it comes to extrapolating particular effects from a plant's profile, the science isn't quite there yet.

Sativa vs. indica: Which is right for me?

Once you cut through all the stoner myths, it seems that the sativa-vs.-indica distinction isn't all that useful for determining which kind of marijuana will meet your needs. In a sense, it's a trial and error process.

Instead of getting hung up on the two species' supposed effects, you might try strains with varying ratios of THC to CBD, or cannabidiol, another compound that has little psychoactive effect, that appears to provide medical benefits and may even curtail the high from THC.

Because we have a good sense of how these cannabinoids differ and are metabolized, considering ratios of CBD to THC instead of a bud's hereditary profile will help us better anticipate a plant's potential effects.

You can also experiment with delivery systems: Smoking, vaping, dabbing or eating weed products can create different effects as well. From the strength of the high to how long it lasts, changing how you ingest THC will deliver a different kind of high. Again, it all depends on the person, and what works for someone else may not be best for you.

Still, you could develop a preference for indica strains over sativa, or sativa over indica. You may even come to feel that one species really does tend to pull you in a preferable direction. What's important is that you recognize (and remember) which does what — and where you want to go. The main thing to note is that despite the sales pitches, they've got more in common than not.