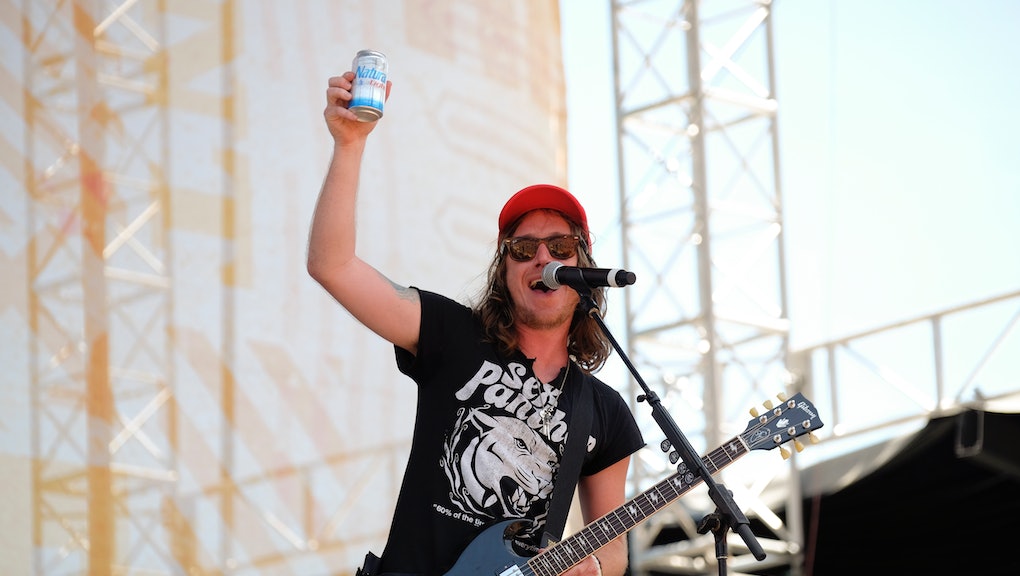 "Hold My Beer" meme, explained: How the internet ruined our national prelude to stupidity

Earlier this week, you may have noticed the phrase "hold my beer" was trending on Twitter. Most people seemed to be mocking it.

What exactly was happening here? Well, to answer that, we have to go all the way back to the mid-'90s, an era in which I'm sure a good percentage of you currently reading this were born. That was when comedian Jeff Foxworthy — who made it big on a strain of southern-fried standup that poked fun at red-state life — relayed a common "redneck" punchline to the wider world.

In Foxworthy's familiar formula, the joke went like this: "You might be a redneck if ... your last words before losing consciousness have ever been, 'Hey, y'all! Watch this?'"

But a common variation of the "redneck's last words" gag includes an additional (and some might say pivotal) detail. Before saying "Watch this" and embarking on some grand, dangerous idiocy, the speaker must safeguard his emboldening beverage.

The best way to understand this setup is to visit Reddit's /r/holdmybeer, an entire forum for GIFs and videos of people attempting feats of dexterity, ingenuity or audacity that they tend to immediately regret. You know, the stunts you watch and ask yourself, "What the hell were they thinking?" Anything categorized as a "fail" is also a potential "hold my beer" moment.

So far, so good, at least for people who enjoy watching clips of other people injuring themselves — and fans of novelty tank tops.

The real trouble started when "hold my beer" made the leap to Twitter. At first, users were simply parroting the age-old bit in its original form.

But as the years went by, and maybe because you can't get physically hurt in a Twitter exchange, "hold my beer" morphed into something different. By 2016, it presaged another kind of catastrophe: emotional, political or indeed anything newsworthy.

What's more, "hold my beer" began to follow events that were awful in and of themselves, always with the implication that an even worse calamity was in the offing.

It was only this month, however, that "hold my beer" attained its final, fatal status as a worn-out web cliché, an easy way to pander for engagement without any sort of nuanced appreciation of the gaffe on which it comments.

Why the sudden backlash? We can blame a simply unprecedented string of brand implosions and Trump administration absurdity.

Between ill-conceived ads from Pepsi and Nivea, as well as the United Airlines passenger ejection controversy and White House press secretary Sean Spicer's willfully ignorant claim (on Passover) that Hitler never used chemical weapons, it truly seemed as if everybody was tripping over themselves to make a bad week worse.

Sure, a few wags were still breathing a little life into the "hold my beer" premise. Yet it seemed that this was no more than CPR, and came too late.

RIP, "hold my beer." In the end, "hold my beer" had strayed too far from its Foxworthy-era roots to remain of use among the verified social media elites. In another decade, it may have some nostalgic appeal. In 2017, it is the hallmark of hacks who completely miss the true genius of the gag — that half a can of cheap, light, lukewarm beer is more precious than one's own body, which shall be sacrificed for a timeless feat of folly in the material world.

Without the tangible object of a beer to anchor the joke, and without actual, physical harm to the speaker, the stakes are vacated. Where a redneck would wind up in the emergency room, airlines and soda companies are going to be just fine. Sean Spicer still has his job. And when it comes to making mistakes, they don't need anyone to hold their beer.