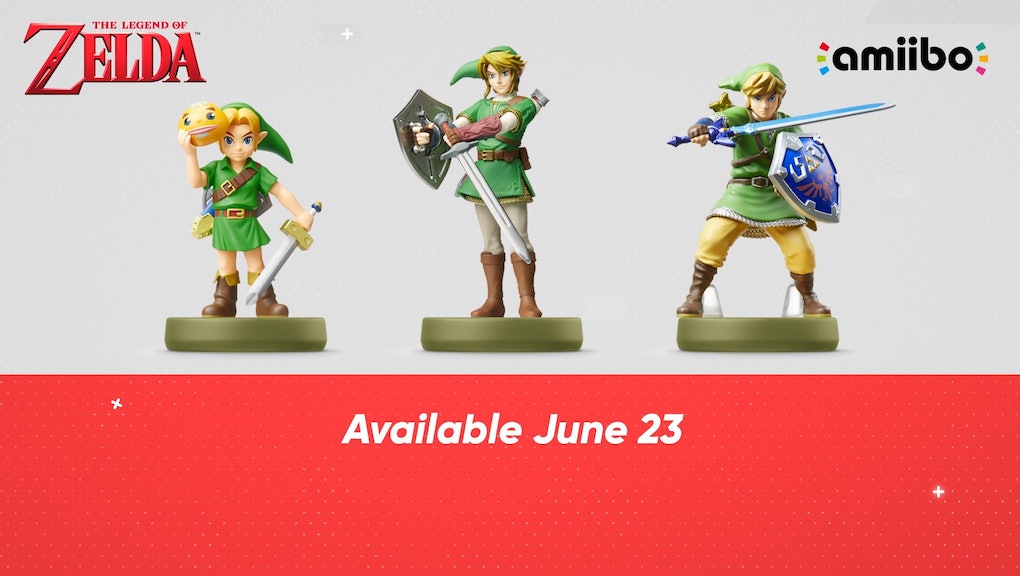 The Nintendo Direct proceedings for April 2017 have confirmed new Zelda amiibo, Cloud amiibo, Splatoon 2 amiibo and more coming our way. As if you haven't spent enough time amiibo-hacking the best armor sets in The Legend of Zelda: Breath of the Wild.

While the Nintendo Direct's primary objective was to bring details surrounding the shooter Splatoon 2 and upcoming fighting game Arms, that didn't stop Nintendo from leaving amiibo fans a few surprises. Here's what there is to look forward to.

Zelda: Breath of the Wild players have known for a while there were weapons and clothing tucked away for future amiibo to unlock. Those amiibo were announced during the most recent Direct. They are Majora's Mask Link, Twilight Princess Link and Skyward Sword Link. As noted on Twitter, Nintendo's new Zelda amiibo will arrive on June 23.

Super Smash Bros. 4 on the Wii U and 3DS weren't left out of the fun. While the Switch received Zelda amiibo, the popular fighting game will finally see amiibo for the three more recent downloadable characters. Corrin, Bayonetta and Cloud amiibo will each get two forms — Cloud and Bayo in the form of costume swaps and Corrin in the form of a gender swap.

Unlike Zelda, where amiibo unlock items, Smash Bros. 4 allows players to fight against their figurines. Smash fans can expect the amiibo on July 21.

Three amiibo are coming to the Splatoon 2 world too. They are Inkling Boy, Inkling Girl and Inkling Squid. These three will join the handful of amiibo already available for the first game in the series on Wii U. They arrive on the same day as Splatoon 2, July 21.