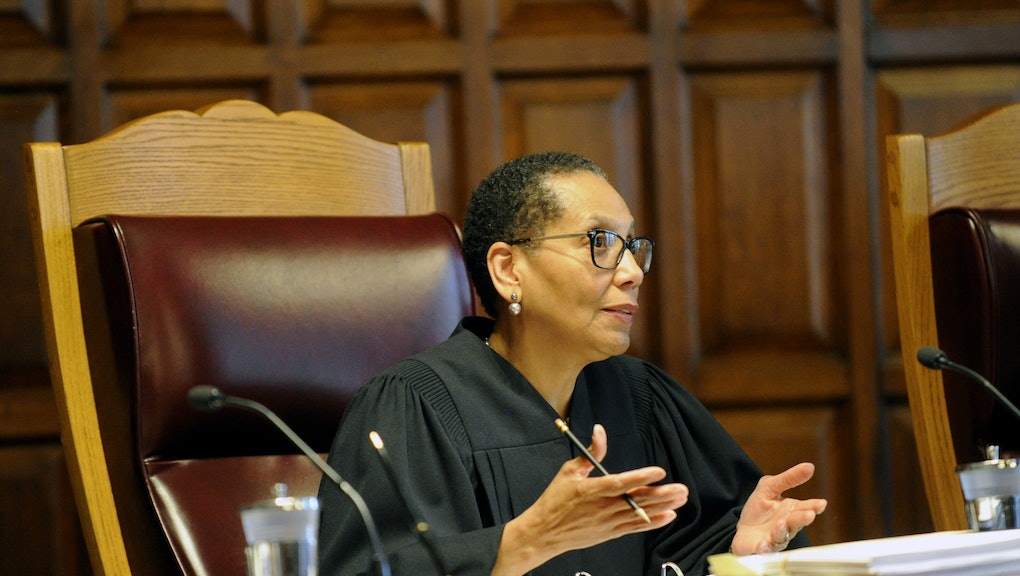 April 17, 2017, 11:40 a.m.: In the days after Sheila Abdus-Salaam's death, early reports that she was a practicing Muslim began to be called into question. At least one person who knew Abdus-Salaam told reporters that she had said she was not. However, BuzzFeed reported that Abdus-Salaam had at one point joined the Nation of Islam, and although she reportedly left the Nation after separating from her first husband, some close to her believed she may have "quietly associated with Islam." In the absence of definitive answers to questions surrounding Abdus-Salaam's faith, Mic is not updating references to her as Muslim woman. Mic's original story appears below.

Abdus-Salaam was 65 years old and was reported as missing from her residence in Harlem earlier in the day, according to the Post. Witnesses spotted her body floating in the river around 1:45 p.m. Eastern, and police subsequently identified her as the missing judge.

According to the Post, sources indicated "no obvious signs of trauma or injuries indicating criminality or foul play, and that her death appeared to be a suicide."

As the Albany Times-Union noted, Abdus-Salaam had served on the State Court of Appeals, the state supreme court of New York, since 2013.

"Who knew that we would both attain such high positions, and that you would be the first black United States attorney general, and I would be the first black woman on the New York Court of Appeals?" Abdus-Salaam told former U.S. Attorney General Eric Holder, a fellow Columbia Law School graduate, at her swearing-in ceremony, according to the Times-Union.

"Justice Sheila Abdus-Salaam was a trailblazing jurist whose life in public service was in pursuit of a more fair and more just New York for all," New York Gov. Andrew Cuomo wrote in a statement, according to the Post.

"She was a pioneer," he added. "Through her writings, her wisdom, and her unshakable moral compass, she was a force for good whose legacy will be felt for years to come. I was proud to appoint her to the state's highest court and am deeply saddened by her passing."