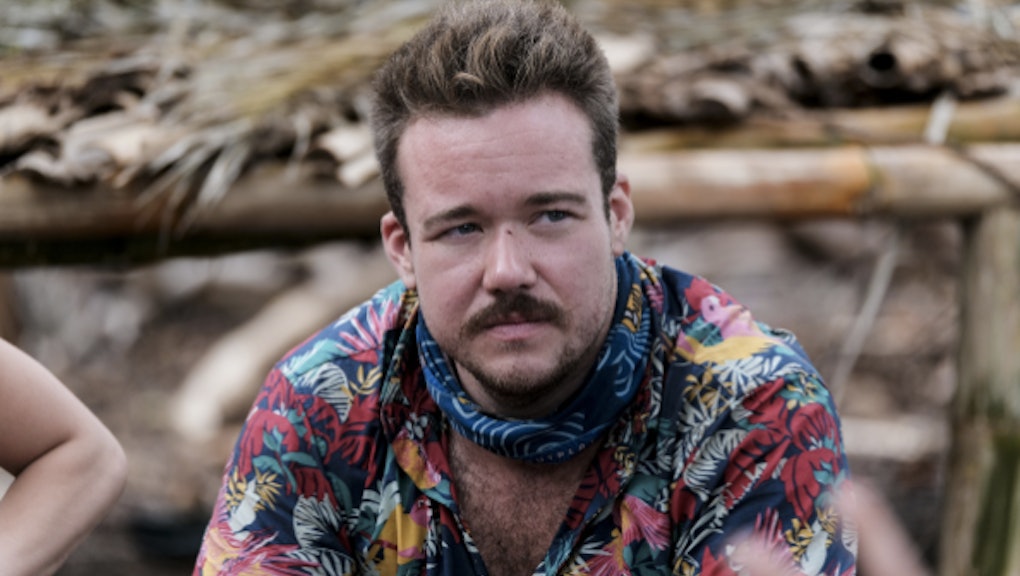 It's not easy voting someone out, but things got downright ugly during episode six of Survivor: Game Changers on Wednesday night.

Following Survivor queen Sandra getting her torch snuffed, the Nuku tribe seems ready to make amends. Jeff Varner and Zeke Smith even have a nice heart-to-heart about working with each other until the end.

"I really like you," Varner tells Zeke after exchanging a hug. "I hope we can be friends."

Things continue to go well for Nuku during the reward challenge, where Varner and Zeke work together to build a ladder. The team ultimately end up winning pizza and soft drinks.

Varner asks Zeke for help. He asks if he's going home. "Honestly, it's about 50%," Zeke tells him. "I'm going to do whatever I can to save you. To be perfectly honest, I don't know if I can."

But at tribal, things take a turn.

"I went and talked to each person individually. I feel like I know — knew — where people stood," Varner says. "It was revealed to me today how little I knew."

"There is deception going on right here. ... Deception on levels that you guys don't even understand. There's more." Varner looks at Zeke and says, "Why haven't you told anyone that you're transgender?"

"That is so wrong," Tai Trang says immediately.

"That has nothing to do with the game," Andrea Boehlke says, breaking into tears.

Varner defends himself: "I argue for the rights of transgender people every day in the state of North Carolina."

"No one has the right to out anybody," Tai yells.

Zeke looks stunned. In his two seasons of playing Survivor, "I've told nobody," he says.

Varner says his goal is to "show the deception." Zeke being trans "reveals the ability to deceive."

"There's a great kicker to this," Zeke responds. He wanted to help Varner, he says, and went to him personally out of goodwill.

"I didn't understand what I was doing here," Varner admits. "I'm going to beat myself up over it. I assumed that everyone in his world knew, and that was my ignorance. It never dawned on me that no one knew. I'm just devastated."

Zeke keeps a straight face. "There are people who know," he says. "But then it got to a point where I stopped telling people. [Being trans] sort of overwhelms everything they know about you."

Contestant Sarah Lacina, who says she comes from a conservative background in the Midwest, says, "The fact that I could love this guy so much, it doesn't change anything for me — it makes me realize that I've grown huge as a person."

"I'm certainly not someone who should be a role model for anyone else, but maybe ... maybe this will lead to a greater good," Zeke adds.

Varner leaves the show without a vote. He hugs Zeke and says he's sorry. "It's OK, man," Zeke tells him.

Varner released an apology on Twitter following the airing of episode six, offering his "deepest, most heartfelt apologies" to Zeke.

"I recklessly revealed something I mistakenly believed everyone already knew," he wrote. "I was wrong and make no excuses for it. I own my responsibility in what is the worst decision of my life."

You can read the full statement below.