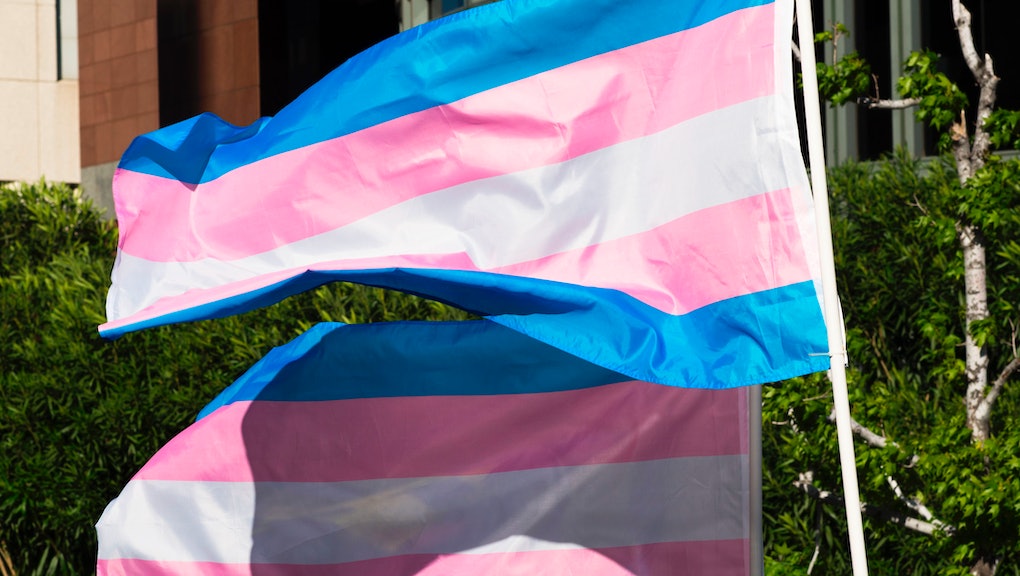 Trans people deserve to control their own coming out stories

On Wednesday night, during the tribal council meeting on Survivor: Game Changers, castaway Jeff Varner, a realtor from North Carolina, outed fellow castaway Zeke Smith as a transgender man. Varner did what he did to gain an upper hand on the competition. In a plea for his own survival on the show, he attempted to paint Smith as deceitful and untrustworthy to the other contestants, hopefully causing them to doubt Smith's moral integrity.

It was a surreal reality TV moment.

After the show aired, Varner posted an apology to Twitter, "I offer my deepest, most heart-felt apologies to Zeke Smith, his friends and life allies, his family and all those who my mistake hurt and offended. I recklessly revealed something I mistakenly believed everyone else already knew. I was wrong and make no excuses for it. I own responsibility in what is the worst decision of my life."

He went on: "Outing someone is an assault," Varner wrote. "It robs a strong, courageous person of their power and protection and opens them up to discrimination and danger. It can leave scars that haunt a lifetime."

Varner is right about one thing: Outing Smith on television was a violation of his coming out process. For transgender people, coming out is a lifelong, complicated process of sharing their authentic selves with the people they trust. Varner, rather than respecting Smith's privacy and process in making that decision. And his actions belie a larger problem — trans people's coming out processes are often not respected.

Coming out is an important part of trans identity

Bea Sullivan-Knoff remembers coming out to herself as transgender at 4 a.m. on Oct. 3, 2013, while studying abroad in Buenos Aires. After finally finding the language to discuss her gender — Sullivan-Knoff identifies as a transgender woman — she decided to share the news right away. She drafted a letter, which she sent to five close friends. She wanted to post her coming-out letter publicly, but was hesitant.

Rather than share the letter, which she titled, "Letter to Everyone, or: Because Coming Out Was Just So Much Fun the First Time," 18 close friends received the second draft. Sullivan-Knoff pushed a light foot on the brakes until finally coming out to her family via Skype, posting the letter on her study abroad blog, and sharing the blog to Facebook, on Oct. 19.

For Sullivan-Knoff, as for anyone who has come out as transgender or queer, coming out is not a fixed moment in time, but a continual process. As she informed more people, she felt safer and the language she used evolved. In 2016, Sullivan-Knoff filed a federal lawsuit against the city of Chicago for an ordinance that allowed men, but not women, to be topless in venues that sell alcohol.

After filing the suit, she held a small press conference outside the mayor's office, thinking only local LGBTQ outlets would attend. But larger outlets like the Chicago Tribune arrived to cover the story. Sullivan-Knoff became fodder for right-wing blogs, who misgendered her and called her a bevy of gay slurs. Sullivan-Knoff described the backlash as watching her story being "taken up by, like, dozens of hands and refashioned into these really ugly forms."

And it wasn't only right-wing blogs. Sullivan-Knoff said that when anyone tries to write about her story without speaking to her, there's a danger they will misrepresent her story.

"When people who don't know our lives try to tell our stories, there's a whole host of tropes that come along," she said.

According to Riley Alexander Walsh, a genderfluid transgender man, having to explain a person's gender and pronouns is an important part of the coming out process. When a non-trans person wrests that opportunity away from a trans person, they deny them a chance to articulate their gender out loud.

"I feel like what people fail to realize is that the transition isn't just about you, it's not just about like, 'OK, you have to relearn the pronouns and how you view this person,'" Walsh said. "When the person is correcting you, it's not to say, 'You're wrong, you're wrong.' It's to say, 'You need to adjust this, but I need to adjust to correcting people.' It's an adjustment for all people involved."

Outing can also have more serious consequences: Their family may find out prematurely, they can receive undue attention or even become vulnerable to violence. Outing can lead to serious, even deadly, consequences, especially for trans women of color, who face extremely high rates of violence.

Telling your own coming out story matters

Living publicly as transgender can also make it difficult to control your own narrative. High-profile transgender people can struggle with whether to retain privacy or live authentically. Geena Rocero, a Filipino transgender model and advocate, told Mic that she faced a choice about sharing her story, but ultimately did it on her own terms.

"Being a public figure means people can always find out about my work, my journey, including my trans identity and my pride that comes with it," Rocero said in an email. "I was in the closet as a model for a long time and it took an emotional toll on me by not being my full authentic self. I took control of my narrative when I shared my story on a big platform like a TED Talk."

Sullivan-Knoff shares her identity and her story with people often. As a performance artist, her story of coming to her transgender identity is part of her autobiographical solo show, Chasing Blue. Her show allows her to control her narrative and come out to audiences again and again.

"Being able to tell my own story on stage in front of people is my favorite thing to do," Sullivan-Knoff said. "When things go right, it feels so deeply good."

She said she imagines her truth sitting in the pit of her stomach and that her job is to go down, wrestle it out with her hands and throw it on stage.

"I dig my hands around in a lot of ugly stuff," she said. "Doing that on my own terms has been my own healing work that I've done."

What Varner did in outing his fellow contestant was dig his hands around in Smith's "ugly stuff" without permission. Varner didn't know Smith's own feelings about his identity, who he wanted to share it with or whether Smith wanted to wind up as a headline in every news outlet. By outing him to his fellow castmates — and the world — Varner robbed Smith of a crucial and important part of his identity: coming out on his own terms.