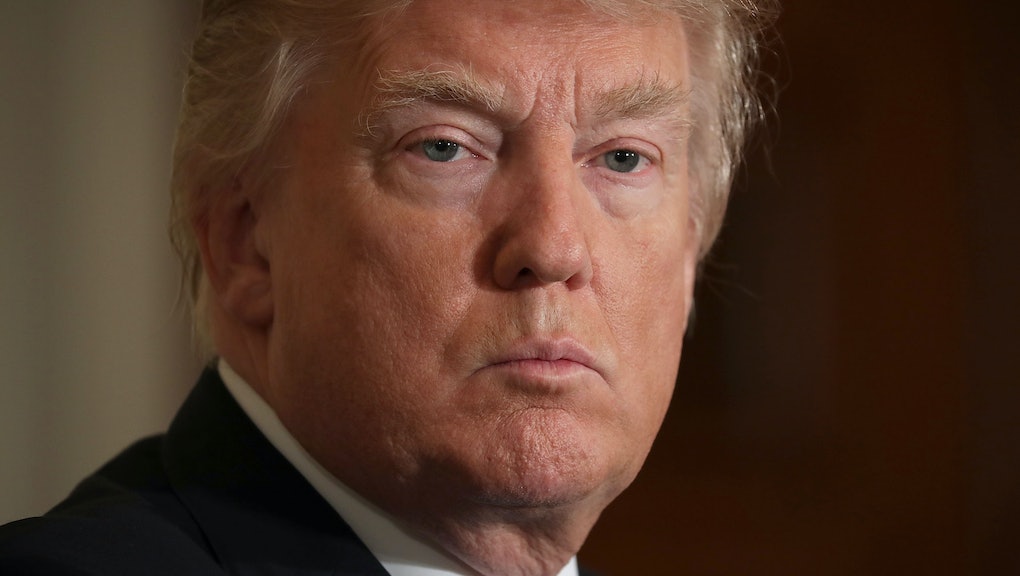 President Donald Trump is so desperate for a win on his campaign promise to repeal and replace the Affordable Care Act that he'll hold Americans' health care hostage to achieve a victory.

In an interview with the Wall Street Journal Wednesday, Trump threatened that, if Democrats do not come to the negotiating table, he will withhold subsidy payments to insurance companies that help pay for low-income enrollees.

"Obamacare is dead next month if it doesn't get that money," Trump told the Wall Street Journal. "I haven't made my viewpoint clear yet. I don't want people to get hurt. ... What I think should happen and will happen is the Democrats will start calling me and negotiating."

A federal judge has already ruled those subsidy payments to be unconstitutional in a case brought by House Republicans — but allowed the payments to continue pending an appeal from former President Barack Obama's administration. The Trump administration now needs to decide whether they'll continue that appeal — and come up with a plan if the ruling that they're unconstitutional stands.

"[Funding] wasn't authorized by Congress," Trump said. "I'm going to have to make a decision."

Republicans, for their part, have been unable to come to an agreement on how to make good on their seven year promise to repeal and replace the Affordable Care Act, better known as Obamacare.

On April 4, Trump's White House restarted their health care reform effort, floating a plan that would gut protections for people with pre-existing conditions. The talks on the new plan fell apart quickly before Congress fled town for two weeks for the Passover and Easter holidays.

Now, Trump says he wants Democrats' help to repeal and replace the ACA. But Democrats say they will not negotiate if Republicans pursue a full repeal of the law.

"President Trump is threatening to hold hostage health care for millions of Americans, many of whom voted for him, to achieve a political goal of repeal that would take health care away from millions more," Senate Minority Leader Chuck Schumer said in a statement to the Wall Street Journal.