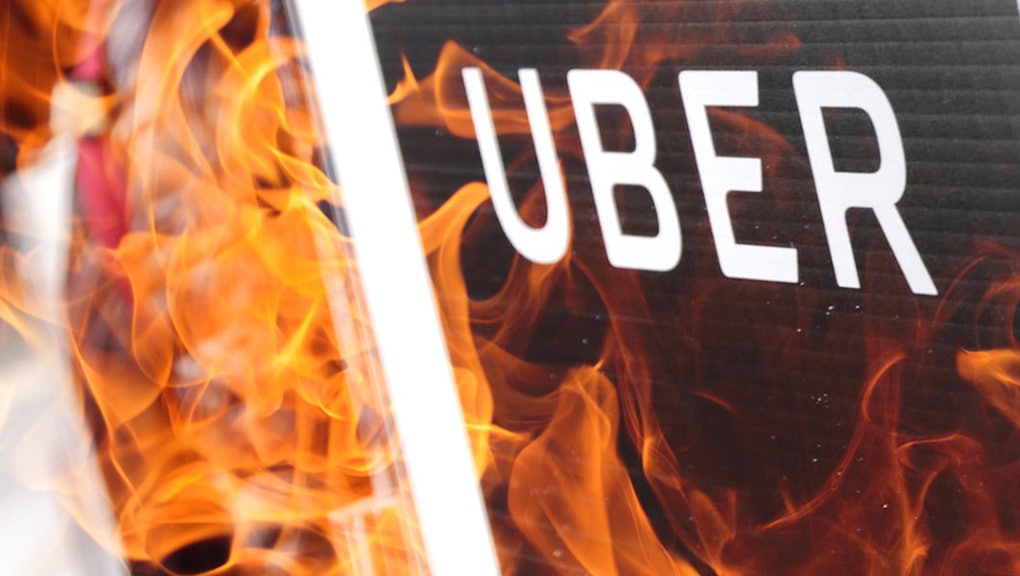 Uber is living in the hell it created.

The ride-sharing company has been rocked with scandals the last few months: sexual harassment allegations, labor protests, hundreds of thousands of users deleting the app, a damning leaked video of its CEO, a mass exodus of employees in leadership, an evading-the-law problem and even a murder problem.

The latest news for Uber's unimaginably busy PR team (which just lost its head of communications) involves the shady practice of spying on its rival.

The Information reported that between 2014 and 2016, Uber was using a secret program — aptly named "Hell" — to track the availability of Lyft drivers and pinpoint which of its drivers were working for both companies. As the Information noted, more than 60% of Lyft drivers "in many cities" drive for Uber as well. (When I interviewed about a dozen Uber drivers following the #DeleteUber campaign, nearly all of them were driving for at least one other ride-sharing app.)

"If you delete the Uber app, you still need a ride, right?" a driver from Pakistan told Mic in February. "So you're going to go to the Lyft or other company, right? Drivers pick up the other way. They pick up the Lyft customers. ... Before, it was different. If you were telling me before, a year ago or eight months ago, most drivers only used one app."

Reportedly, Uber used data from its "Hell" program to push rides to drivers who were working for both Uber and Lyft — a program they called "privileged dispatch," a source told the Information. Uber also offered drivers financial incentives once they hit a certain number of rides per week, which enticed them to monopolize their time on the app.

Aside from using this data to target its own employees, Uber was able to use the program to view where Lyft drivers were located, how many were available to pick up a ride and the prices for these trips — all in nearly real time.

Creating the fake Lyft rider accounts, which is how Uber was able to access this information, is a violation of Lyft's terms of service, as the Information pointed out.

According to the report, CEO Travis Kalanick was aware of this program along with "a small group of Uber employees." Kalanick came under fire in February after a Bloomberg report revealed a video of him yelling at an Uber driver. The CEO, who amid all of the controversy plans to maintain his seat at the top of the company, issued an apology saying that he "must fundamentally change and grow up." But the growing Rolodex of public missteps doesn't inspire confidence in Kalanick's ability to lead a team with integrity.

The term "Hell" itself plays off of Uber's "God View" or "Heaven" program, which allows the company to spy on its drivers and riders. The program was reportedly cut in early 2016.

This isn't Uber's first time surveilling drivers without their knowledge. In late 2015, the company monitored its own drivers' road habits — without notifying them — using the accelerometer on their phones in order to identify unsafe drivers.