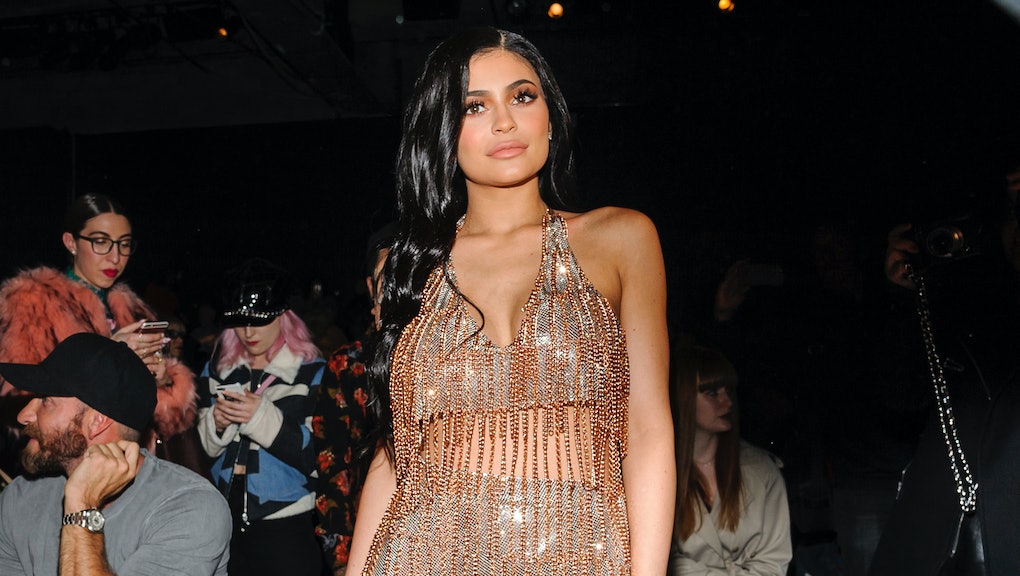 Runners are not cool with Kylie Jenner's latest Puma campaign

At this point it's common knowledge that the Kardashian-Jenner family really, really loves to appropriate cultures that aren't their own. But, um, this is a new one.

In Kylie Jenner's latest campaign for Puma, which is all about the brand's new sneaker, she is seen running mid-air, like a track star that's grown wings.

Harmless, yeah? Well to the running community, and people who apparently take running very, very seriously, it's not.

It's a very similar argument to how people reacted when Kylie's sister, Kendall, dressed up like a ballerina for a Vogue photoshoot.

In that instance, people were calling the shoot out for appropriating dance culture and calling out the photoshoot's creators for not using an actual ballerina. In this case with Kylie, people are calling out Puma for not using someone who is actually an athlete and runs professionally, like Usain Bolt or Shelly-Ann Fraser-Pryce, too.

But if we're going to use this logic that no one in an ad should be posing like someone who they're not, then where was the outrage when Beyoncé launched Ivy Park and appeared in multiple ads running around at a gym... like an athlete.

If no one can emulate a profession, was Kate Moss appropriating rock star culture when she posed as a rock star to sell Rimmel makeup?

Was Gigi Hadid appropriating mom culture when she posed in an admittedly controversial Versace ad next to a stroller?

Just as a reminder to everyone: Appropriation as a term was more so about this idea that people are borrowing pieces from cultures without realizing their deep significance. So, white people wearing things like dreadlocks, which are most commonly associated with black culture, or Native American-inspired headdresses can clearly fall into this category.

But can professional ballerinas and runners really align themselves with this idea, and consider things like tutus or running shoes or even just running poses as things that are of "deep significance" to them, and no one else? Can things like posing in an active, running pose really be off-limits to someone who's not an athlete?

Or is Jenner here just, you know, posing in an athletic campaign, looking like an athlete?