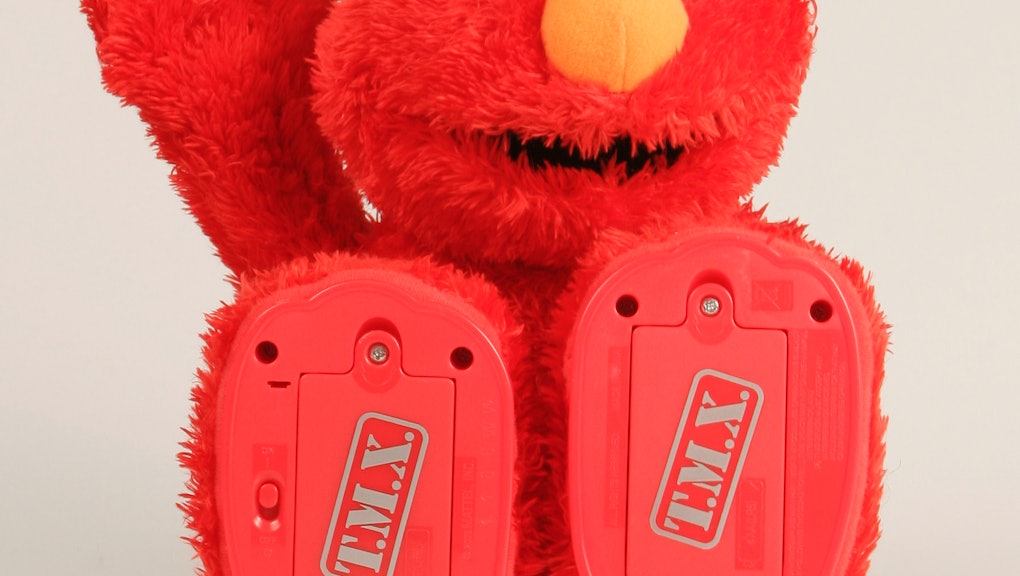 Tickle Me Elmo's robot insides will give you nightmares for days

Remember Tickle Me Elmo? The iconic doll has brought joy to kids ever since Tyco Toys launched it in 1996. But take away the red Sesame Street character's fur and we're left with a different sentiment: terror.

The Canada Science and Technology Museum in Ontario shared a video of the toy's insides on Twitter.

Accompanying the footage is the unsolicited question: "Ever wondered what #TickleMeElmo looks like without fur?" Well, wonder no more:

As the viral video reveals, a laughing Tickle Me Elmo sans his fur looks like a Westworld robot if they tried to build the fictional park in the 1950s. It looks like a zombified skeletal creature. In the background, a voice sums up my feelings perfectly: "It's so disturbing."

The internet lost its collective mind.

The Canada Science and Technology Museum says the reveal was done "all in the name of science." Those disturbed by Elmo's shaved look should refrain from looking up what bald bears look like.