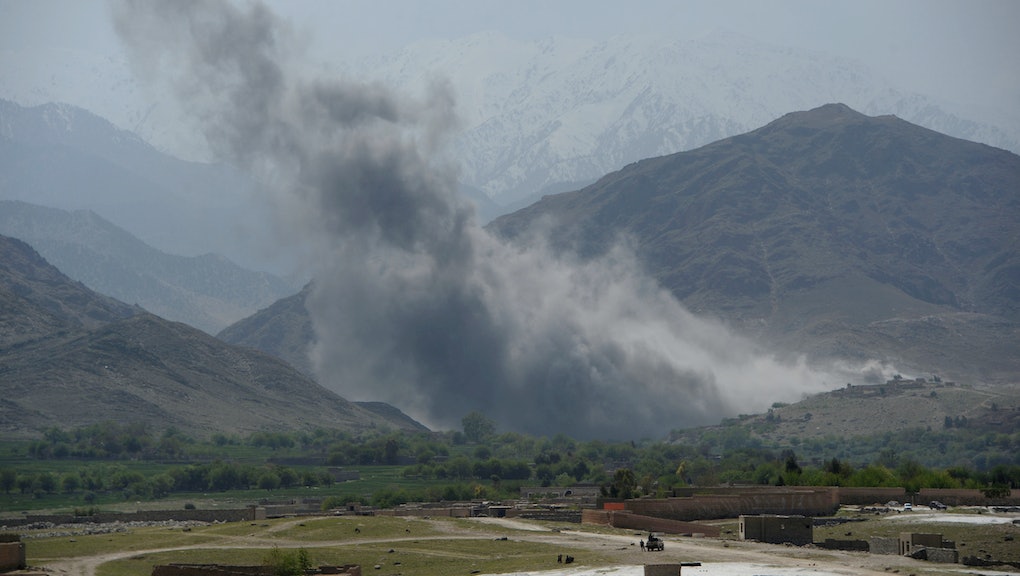 What is a "MOAB" bomb? Size, cost and video of the US' largest non-nuclear weapon

It's been dubbed the "mother of all bombs," or MOAB, and for good reason: It's the largest non-nuclear bomb in the United States' arsenal.

On Thursday, the U.S. military dropped a MOAB bomb in Afghanistan around 7 p.m. local time, according to CNN. The target was reportedly an underground Islamic State group hideout. It was the first time the bomb had ever been used. It was originally intended for use during the Iraq War.

Weighing about 22,000 pounds (about five tons heavier than any other military weapon) and measuring 30 feet in length, the MOAB is a GPS-guided "air burst" weapon — one that explodes just above the ground to increase the range of its impact, according to How Stuff Works.

It has a blast radius of about one mile, according to the Raycom News Network. Speaking about Thursday's bombing of supposed ISIS caves in Afghanistan, Bill Roggio, of the Foundation for Defense of Democracies, told the Military Times the purpose of using the MOAB was "to collapse tunnels" since they "don't know exactly where the tunnel is so they want to cause an earthquake to cave them in."

The MOAB's true name is the GBU-43/B Massive Ordinance Air Blast Bomb, which costs around $16 million, according to reports. Twenty of them were produced.

Video footage of a MOAB bomb explosion, which originally aired on the History network and was uploaded to YouTube, shows the massive fireball and cloud created by the detonation of such a weapon.