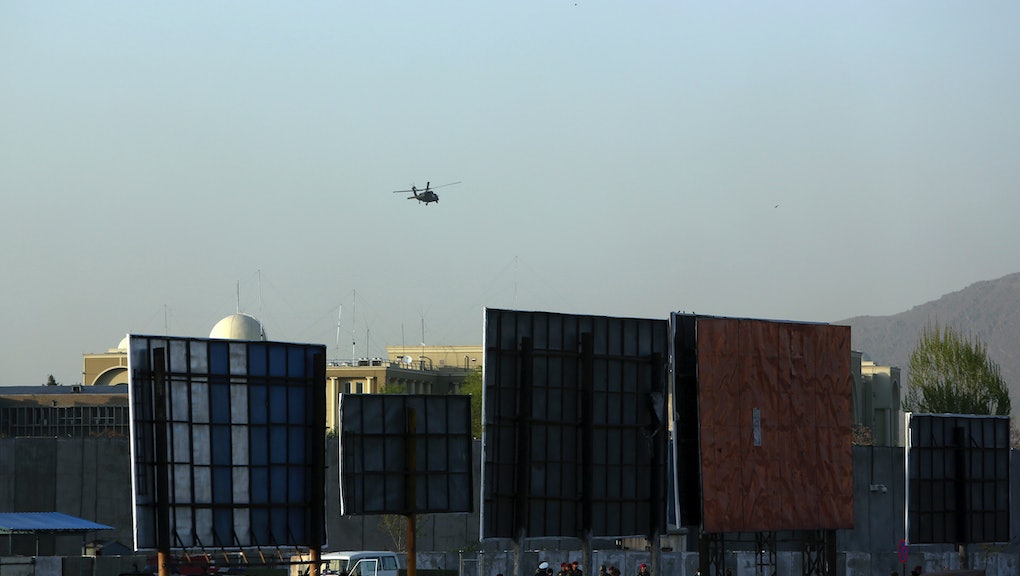 US Bombs ISIS: Latest updates on Thursday's attack in Afghanistan

The United States deployed the most powerful non-nuclear bomb ever used in combat in Afghanistan Thursday — a move President Donald Trump and his allies praised as "really another successful job" but others criticized.

"We have the greatest military in the world, and they've done a job as usual," Trump told reporters.

The U.S. targeted an Islamic State group cave complex in Afghanistan's Nangarhar province with a Massive Ordnance Air Blast Bomb — known as the "mother of all bombs." With a blast radius of about 1 mile, the MOAB is the most powerful non-nuclear weapon in the U.S. arsenal, and it had never been used in battle until Thursday.

Neither the extent of the damage caused by the bomb nor a confirmation of casualties has been revealed by the U.S. According to a statement from U.S. Forces Afghanistan, "U.S. forces took every precaution to avoid civilian casualties with this strike," CNN reported.

Some praised Trump — who would not say if he personally authorized the strike — for the attack, saying it showed his commitment to combating ISIS.

Others were more critical, with many worrying about the implications of deploying the massive weapon — and the positive reinforcement Trump has received for using military force.

"When the media cheers Mr. Trump's bombing, seemingly forgetting the policy failures that preceded those explosions, we're all in danger," Sarah Kendzior wrote for the Globe and Mail Thursday. "He is a man who craves praise – and if he receives it through brute force, he'll keep doing it."

Others — including conservatives — were critical of the attack, concerned with the administration's use of such great force.

Thursday's strike comes a week after the Trump administration attacked an air base in Syria — and nearly a week and a half after ISIS released a recording calling Trump an "idiot." On the campaign trail, Trump had said he would "bomb the shit out of" ISIS.