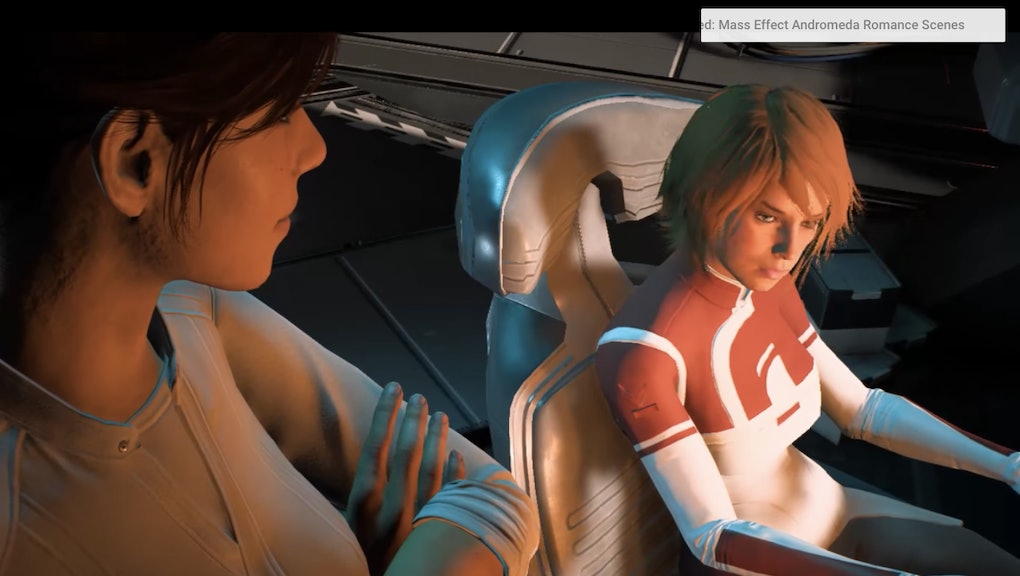 Mass Effect: Andromeda is the latest in a series of space epics by developer BioWare that task you with finding colonists from the Milky Way a new home in the Andromeda Galaxy while fighting off the predations of an evil alien overlord called the Archon. We got it.

But we all know the real reason you're here: deep. space. smooching. You can mack on Jaal, the Angara freedom fighter; you can get cozy with Vetra, the Turian space rogue; and you can even have a fling with the Asari reporter who's trying to document the progress of the Andromeda Initiative for posterity.

Smooching Chief Science Officer Suvi Anwar is, comparatively, pretty simple, but it's not available to all Ryders.

Mass Effect: Andromeda Suvi Anwar romance guide: She's only in it for the ladies

If Suvi's Scottish accent just drives you nuts, you'll be happy to know that unlike your similarly accented medical officer Lexi, she's fully romance-able — that is, provided you're playing as a female Ryder. She won't be receptive to a male pathfinding flirting with her, but she at least lets you down gently, so there's no need to find some ointment for those burns.

According to VG24/7, all you need to do to romance Suvi is pick the flirting option on the conversation wheel whenever it comes up while talking to her. But something about the chief science officer turns Ryder into a puddle of goop, leading to some pretty mortifying instances of flirting, as you can see in this video:

Assuming you can grit your teeth through some middle-school flirting, Suvi doesn't require you to complete any loyalty missions to win her affections. If you need a little more guidance, SegmentNext has a complete list of options you'll need to select to woo Suvi.

When you first get to the bridge of the Tempest and Suvi introduces herself, it's imperative you pick the "I could show you" response, which will open up Suvi's romance conversations. If you miss it, you'll have to romance someone else or rewind back to before you got on the Tempest.

Once you've created your outpost on Eos and hinted to Suvi that you "like like" her, talk to her again on the bridge and pick the "We should chat on this more" dialogue option. Again, it's the one with the big heart next to it. Remember, you don't need to agree with Suvi about her ideas outside of choosing the flirting prompts: She's an adult and can deal with disagreement.

After completing the main mission "A Trail of Hope," you can talk to Suvi again and advance your budding courtship by selecting the "You're not alone" option on the dialogue wheel. You won't have to worry about it again until you complete "Hunting the Archon," at which point you can commit to a full-on relationship with Suvi. This means no more canoodling with anyone else on your team or crew, though, so make sure you're ready for the commitment before you agree.

If you've completed the above tasks, you'll be treated to a special romance scene after finishing the "The Journey To Meridian" mission. Suvi will send you an email, and you'll have to find her in the Tempest's tech lab. Chat with her, choose the narrative action prompt and enjoy the scene.

We'll draw a curtain over that particular scene for now, but congratulations: It takes a lot of guts to pursue a romance in an uncharted galaxy, but we're pulling for you crazy kids to make it work.