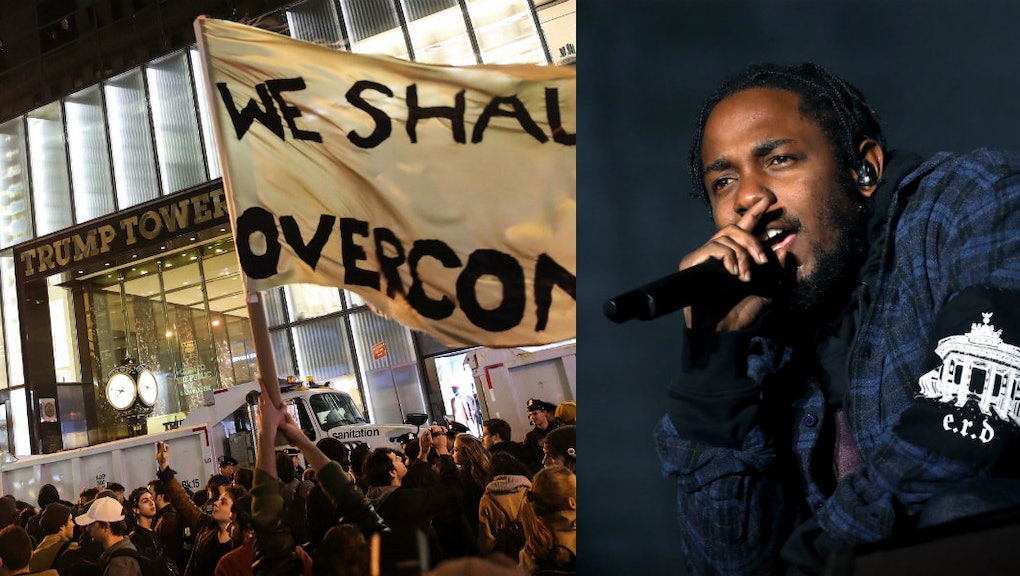 Kendrick Lamar's talked about President Donald Trump before, like when he rapped on "The Heart Part 4": "Russia need a replay button, y'all up to somethin'." Or on his verse on Isaiah Rashad's "Wat's Wrong": "Might stay in the Trump Tower for one week/ Spray paint all the walls and smoke weed."

On Lamar's new album Damn., he finally turns his attention to the election. On "Lust.," a track about vices, hedonistic routines and coping mechanisms, Lamar addresses the confusion and anger much of the nation felt in the wake of the 2016 election.

We all woke up, tryna tune to the daily news

Lamar identifies one of the most important struggles of the anti-Trump protest movements: the struggle to keep up the energy and sustain the protests long term, without getting fatigued.

But by the end of the track, the harrowing results of the election and the energy fades away back into acceptance, routine and normalization.

The verse is a warning for those driven only by their base impulses, and reminder that even when your blood no longer runs hot, there's still work to be done.