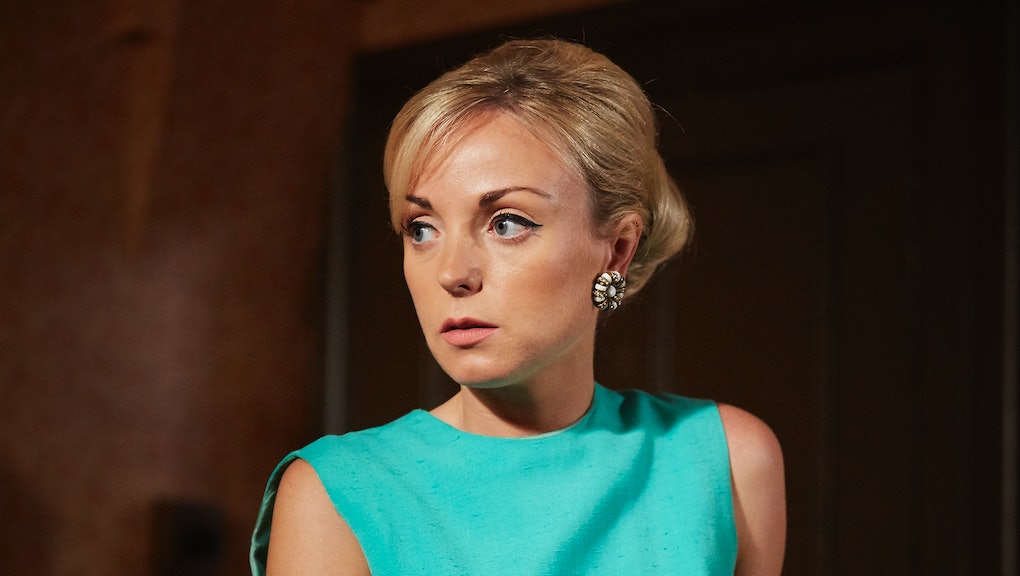 Looks like there will be no time for any sort of welcome home party for nurse Trixie Franklin, who has arrived back at Nonnatus House after initially remaining behind in South Africa. Well, at least she can show off her glowing tan to the mirrors.

That's because the third episode of Call the Midwife, airing Sunday, April 16, at 8 p.m. Eastern on PBS, has the nurse-midwives working harder and faster than ever, thanks to Sister Ursula's schedule-tightening directives.

As you can see from the preview clip below, an exhausted-looking nurse Phyllis Crane — played by Linda Bassett — scarcely has time to even greet Helen George's prodigal and perky midwife before racing out the door. Charlotte Ritchie's nurse Barbara Gilbert has her hands full with a new mother whose Chinese mother-in-law demands she do everything according to tradition. But it's no spoiler for us to say that Sister Ursula's new form of leadership is about to produce devastating results.

A Chinese first-time mother faces an unexpected crisis, while new legislation and Sister Ursula cause serious problems for Shelagh and Dr. Turner.

Check out PBS' video preview below: