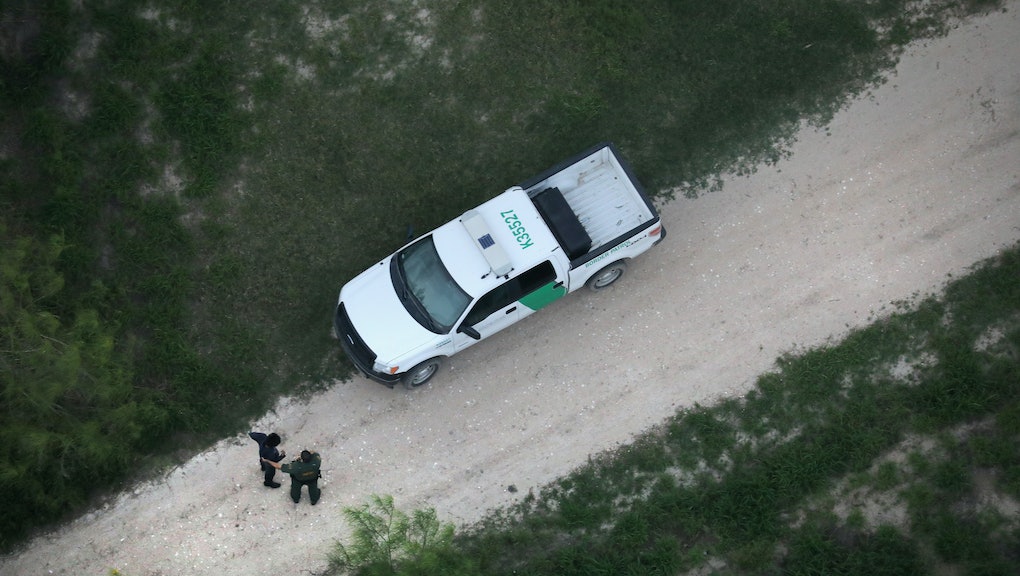 The Trump administration has awarded its first federal contract for a new immigrant detention center to be built in Texas.

The $110 million deal went to GEO Group, a private prison company that runs 143 facilities worldwide. In a news release, GEO said it would build and run the 1,000-bed facility outside Houston under a 10-year contract that would "generate approximately $44 million in annualized revenues and returns on investment."

The Trump administration has been working on plans for its promised immigration "deportation force," including hiring 5,000 new border guards and nearly doubling the number of U.S. Immigration and Customs Enforcement agency workers.

Immigrant rights groups were shocked at news of the new GEO contract, partly due to the fact that GEO, which is the second-largest ICE contractor, currently has 3,000 empty beds in the U.S. On top of that, GEO already runs another detention center in the same Texas town where the new facility is slated for construction.

Even as Trump ramps up plans to make good on his promise to expand the immigrant detention system, the Washington Post reported, "the agency has already found 33,000 more detention beds to house undocumented immigrants."

"Frankly this surprises me," Carl Takei, staff attorney for the American Civil Liberties Union's National Prison Project, told the Associated Press of the GEO contract. "This raises the question both of how much ICE is actually planning to expand its already enormous detention system and where they're going to get the money for all this."

Speaking of money, Trump got some from GEO during his campaign for president: As USA Today reported, GEO chipped in $250,000 to support Trump's inauguration and a GEO subsidiary gave another $225,000 to a super PAC that helped the GOP candidate win the White House.

The PAC donation spurred a complaint from a watchdog group, the Campaign Legal Center, which said GEO's gift ran afoul of restrictions on political giving by federal contractors.

Separately, thanks to Trump administration threats to separate migrant women from their children at the border, the number of migrant parents caught trying to cross illegally dropped from 16,000 in December to just over 1,100 in March, according to Reuters.

The mere idea of splitting up families apparently served as a deterrent to crossings.

"Mothers and children aren't being separated — and DHS has shelved the plan; parents haven't been prosecuted, and there is no wall along most of the border," Reuters reported.