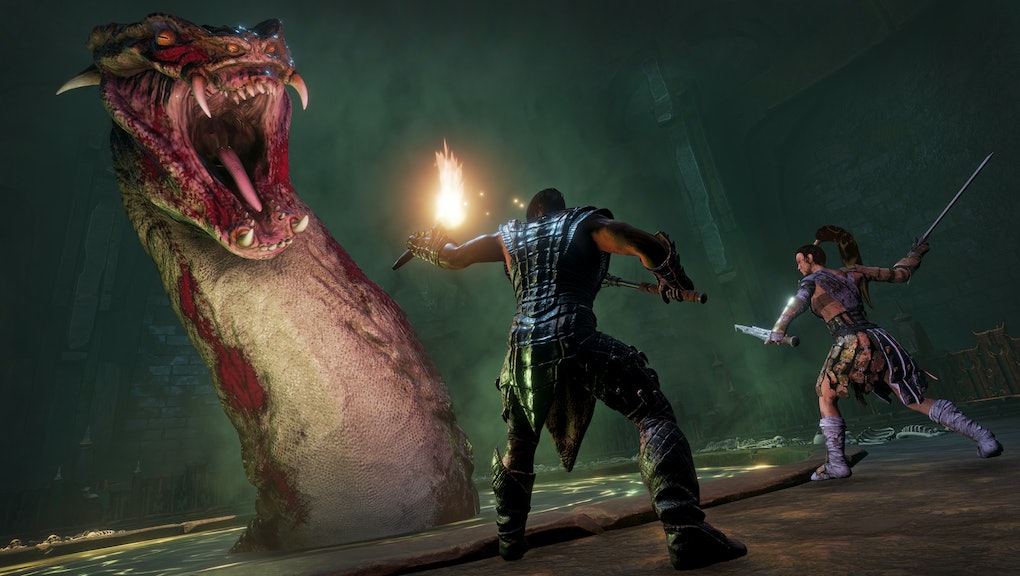 Earlier this year, the internet was rocked by the customizable and physics-driven penises of Conan Exiles, a first-person survival game based on the pulp fantasy universe. There are a ton of other things to do in the game, of course, but the main thing you should know is that whole genitalia thing.

If you want to experience Conan Exiles in all of its, ahem, glory, but you lack a decent PC, we've got good news for you: It's coming to consoles, even if it's rolling out in an unusual way.

VG247 reported in March that Conan Exiles will come to Xbox One's early access Game Preview program "later this year," with a full release on PC, Xbox One and PlayStation 4 in 2018. What that means is the version that comes to Xbox this year won't be finished and will primarily exist as a large-scale beta test of sorts. An online survival game isn't fun if it doesn't work at launch, after all.

It's important to test and test some more, of course, but the big question on our minds: Will the game's impressive endowment settings make it into the console versions? PC games can be a little more free-wheeling about this stuff, but Sony and Microsoft may not allow it on their systems.

Unfortunately, there isn't a firm date on either the early access release or the full release, yet. We'll let you know when more information is available.