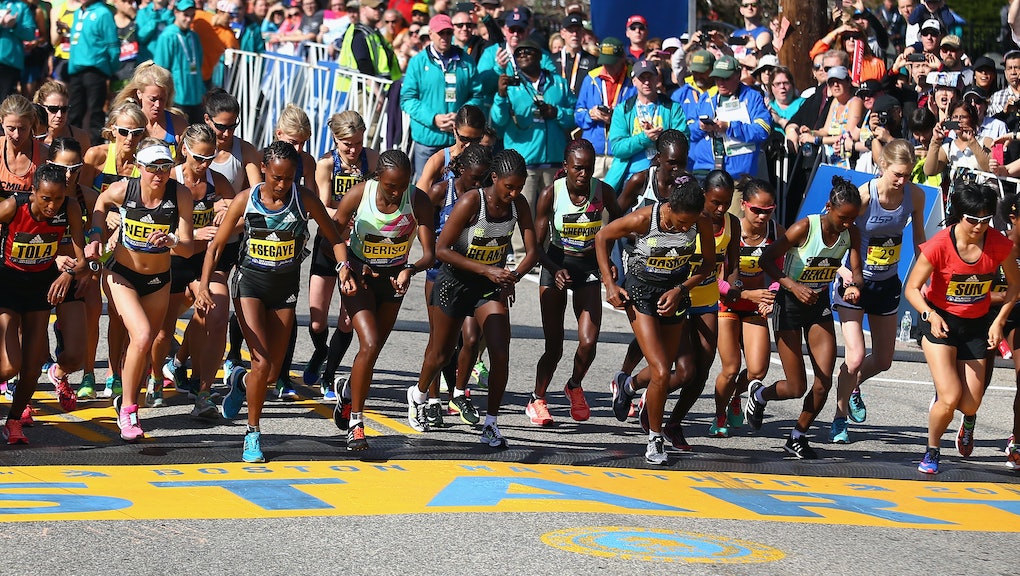 What time does the Boston Marathon start? Here's the 2017 schedule.

On Monday, runners from around the world will head to Massachusetts to compete in the Boston Marathon, one of the country's most iconic running traditions.

But when will the festivities kick off? Participants will begin making their way down the marathon route around 9 a.m. Eastern, but the specific start time will depend on the individual division that a runner is in.

Here are the official start times (Eastern time) for each division, as listed by the Boston Athletic Association. All runners will depart from the marathon's official starting point in Hopkinton.

For those who can't make it to the marathon in person, the running event will be broadcast both on television and online, beginning around the same time as the first runners depart.

Those hoping to watch online can also catch NBC's broadcast at nbcsports.com. CBS Boston will also livestream the event beginning at 9 a.m. However, due to streaming rights, the "elite runners" portion of the CBS livestream, which will run from 9 a.m. to 12:15 p.m., will only be accessible to New England viewers.

In addition, the Boston Athletic Association will have their own livestream of the event, which will kick off at 9:15 a.m. Eastern.