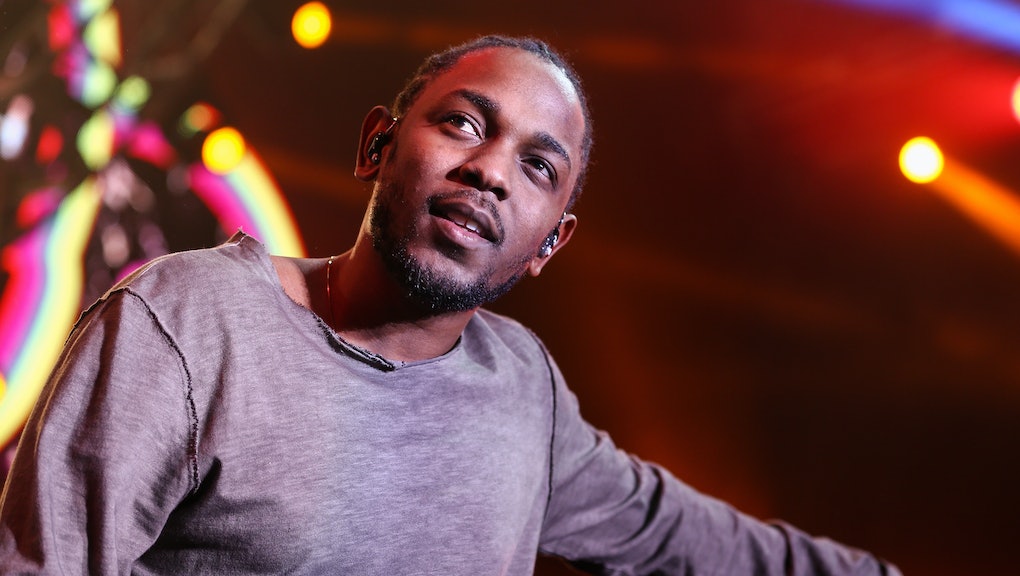 Kendrick Lamar "Duckworth." Lyrics: Every verse in the standout track from 'Damn.'

Kendrick Lamar's new track "Duckworth." was a big topic of discussion after the Compton emcee released his latest album Damn. on Friday. On the song, he raps in reverse, leaving fans to use various methods in order to uncover what Lamar was really saying during those moments. Find out what those mysterious lyrics mean here.

Duckworth is the rapper's last name, but the song is believed to be a story about Lamar's father and Top Dawg Entertainment CEO Anthony "Top Dawg" Tiffith crossing paths years before K. Dot signed to his label, according to Genius contributors.

Check out all of the lyrics for "Duckworth." via Genius below.

"Duckworth." is the final track on Damn. The album is available to purchase on iTunes and can be streamed on Spotify, Apple Music and Tidal.