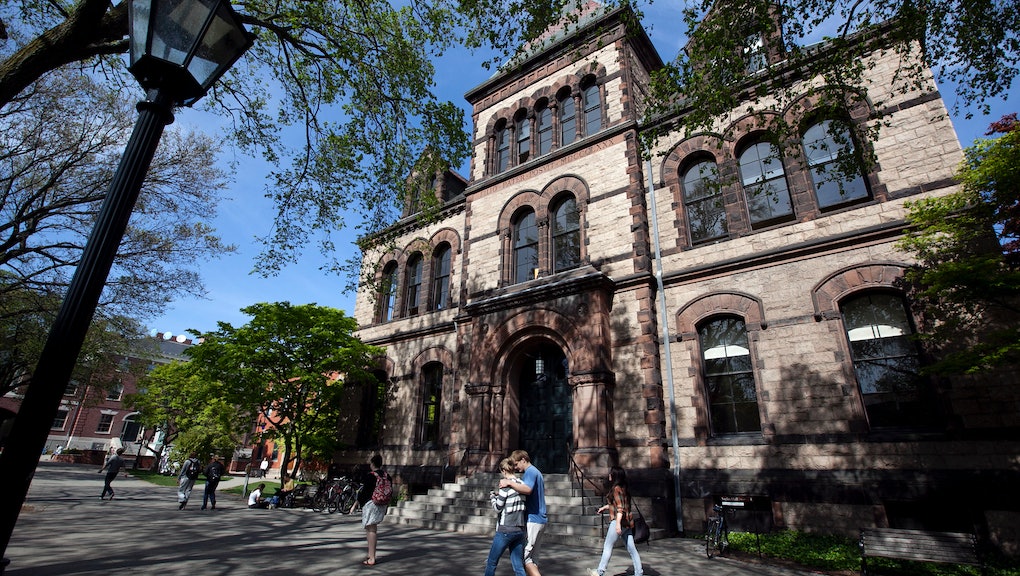 Brown University is down one incoming freshman due to political correctness.

In a recent Wall Street Journal op-ed, James Freeman ranted against the Ivy League's Brown University after he received a complaint from a parent about a letter from the university referring to his daughter using gender-neutral pronouns.

According to Freeman, the parent received a note addressed to the "parent/guardian" of the accepted student. The note welcomed the student to the Brown community and commended the student on "their" contributions and hard work in their high school community. The school also left a voice mail using gender-neutral pronouns.

"We've read about the literacy crisis in the U.S. but would not have guessed that the problem extends to Ivy League administrators," Freeman wrote. He also slammed Dean of Admissions Logan Powell and his staff for not being "familiar with pronouns."

Brown spokesman Brian Clark told Freeman that the admissions office "typically refers to applicants either by first name or by using 'they/their' pronouns. While the grammatical construction may read as unfamiliar to some, it has been adopted by many newsrooms and other organizations as a gender-inclusive option."

Clark is correct. The Associated Press stylebook, which guides many newsrooms in their writing, has embraced gender-neutral pronouns.

The parent reassured the Journal that his daughter is clear about her gender identity, which means gender neutral pronouns are out of the question, apparently.

"Our daughter has always been clear what her biological gender and identity is — she's a woman," the parent said before bidding "good riddance" to Brown, where "only left-wing extremists are welcome."