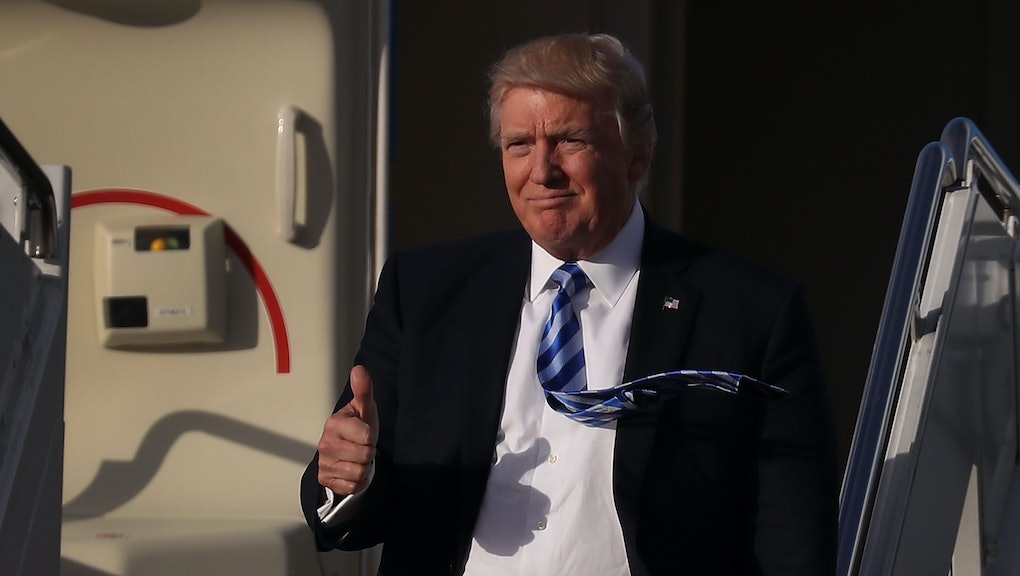 President Donald Trump will reverse an Obama-era policy to release White House visitor logs, Time reported Friday, a move that will allow the so-called "swamp" to meet with White House staff and influence policy out of the public eye.

Trump decided to keep the logs secret in order to allow him to meet with and seek counsel from a wide variety of people, Time reported, "with some discretion."

But the decision flies in the face of Trump's campaign promise to "drain the swamp" in Washington, D.C. — a phrase he used in reference to politicians and lobbyists who sought to influence policy for their own financial gain, rather than to benefit the national interest. Allowing visitors to meet with Trump and his administration in secret will shield the Trump administration from questions about influence seekers.

The move marks the latest act from the current president that stands at odds with his previous statements. During the Obama years, Trump spoke out in favor of transparency. In 2012, he attacked the former president in a tweet for "spending millions to try and hide his records."

Later that year he asked why Obama "believe[d] he shouldn't comply with record releases that his predecessors did of their own volition."

Now, ethics watchdogs and good government groups are asking the same thing of Trump following his decision to keep the visitor logs secret.

"The only excuse for this policy is that the Trump administration has something to hide," David Donnelly, president and CEO of Every Voice, a group that seeks to get big money out of politics, said in a statement. "This kind of secrecy will allow big donors, lobbyists, and special interests to have unknown levels of influence in the White House. It's the exact opposite of 'draining the swamp.'"