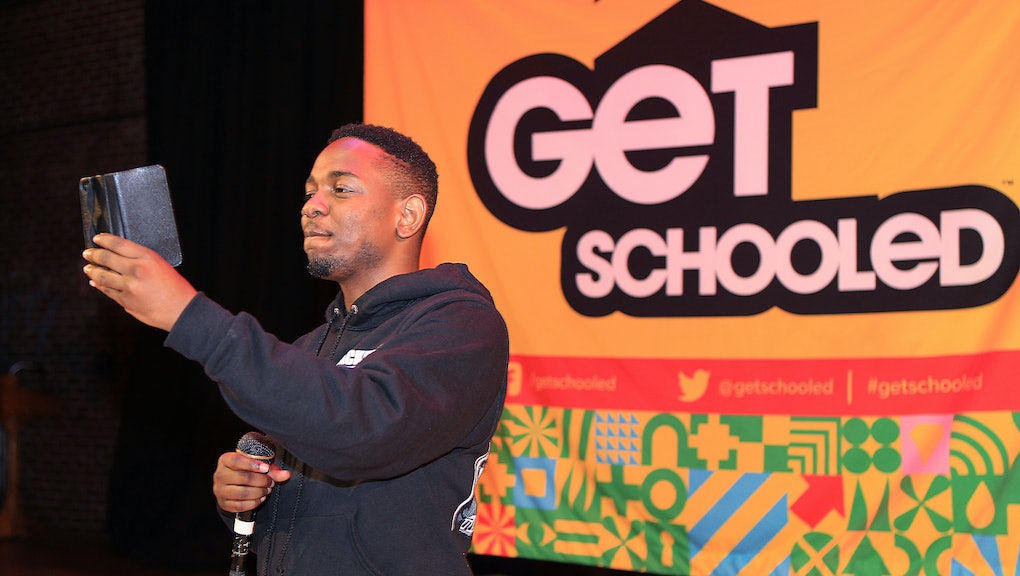 Since Donald Trump's election, more people than ever are flocking to secure messaging, worried that the new administration will be unrestrained in its use of surveillance powers. But not all messaging apps are made alike.

In Kendrick Lamar's latest album, he makes reference to Telegram, an app he refers to verse to evade surveillance by federal law enforcement.

"Thirty millions later, know the feds watching/ Auntie on my Telegram, like, 'Be cautious,'" he raps on "ELEMENT."

But as privacy advocates pointed out when the album dropped, Signal is by far the safest option for encrypted messaging, particularly if you're trying to stop law enforcement from intercepting and reading communications.

So why is Telegram imperfect? It uses its own, home-grown cryptography instead of time-tested encryption schemes, according to Gizmodo. Also, the option to encrypt messages isn't a default setting, so someone who downloads Telegram and starts popping off messages hoping to remain confidential could be in for a mean surprise if they don't fiddle with the settings properly.

Cryptography experts recommend apps like Signal, Whatsapp and even Apple's built-in iMessage — apps that, by default, are encrypted end to end. Of course, there are still ways police can get to your messages, but using the right app is a good start to protecting yourself.