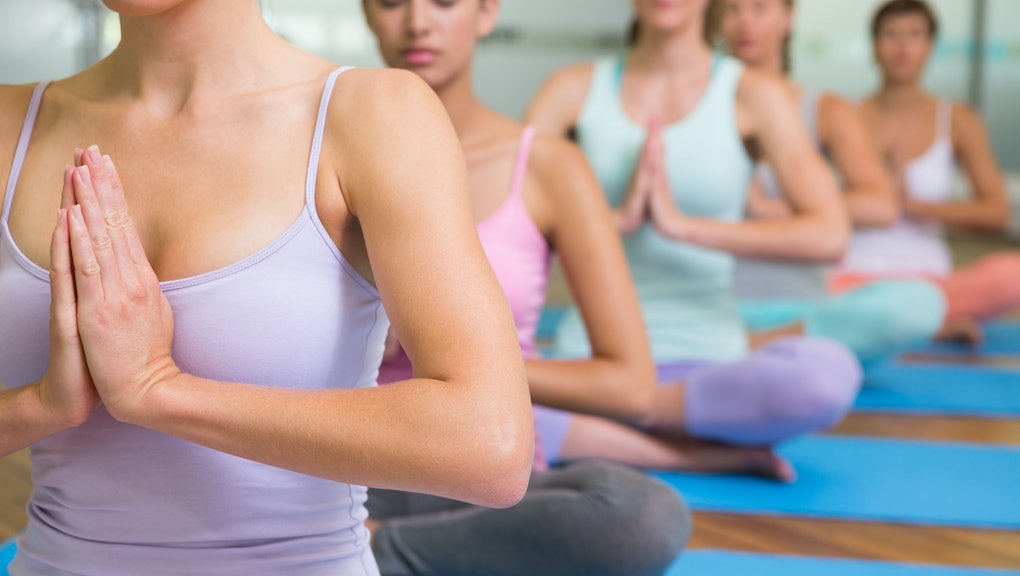 In order to avoid exposing its students to "the possible effects of eastern mysticism," a Catholic college in Kansas plans to appropriate the practice of yoga, rebranding it as "lifestyle fitness." Or so Benedictine College President Stephen Minnis told the school's newspaper, the Circuit.

"Yoga as created has some potential for eastern mysticism which has caused concern among members of the Catholic Church," Minnis said, noting that Kansas City, Kansas, Archbishop Joseph Naumann "has expressed his concerns and the issues surrounding that."

"We asked ourselves if there was a way to bring those yoga benefits to our students and faculty without the possible effects of eastern mysticism and are currently investigating other alternatives," Minnis continued.

The current plan, according to the Circuit, is to offer a "stretching and breathing" class in 2017, listed in the course catalog under a name freed from association with thousands of years of Hindu history. As Jezebel's Lauren Evans put it, "Naumann wants to cherry-pick the aspects of a millennia-old tradition that comport with his philosophies, then repackage them under a new, unequivocally secular name."

Minnis doesn't see a problem with the renaming. As he told the Circuit, he believes the term "yoga" is "like Kleenex — a generic term for stretching and breathing." It's not. Despite its current ubiquity and favor within the wealthy, white, upper-middle class, yoga is a physical and spiritual pursuit born in India at least 5,000 years ago.

Yoga's Hindu roots occasionally raises the hackles of conservative Christian groups. As Mic previously reported, parents at Georgia's Bullard Elementary School got yoga banned on the grounds that it "endorses a non-Christian belief system." Children would still be allowed to practice many yoga moves, but the utterance of words like "namaste" were strictly banned, along with images of mandalas and the prospect of healing crystals in the classroom.

While Minnis has adopted a similar mentality to Bullard Elementary parents, the students don't seem uniformly thrilled with the rebrand.

A petition is circulating to keep yoga legal on campus, which had garnered 172 of the requisite 500 signatures at time of writing. Junior Josh Olsen told the Circuit that, although "no one has bothered to explain to us the reason why yoga was cancelled," he has a hunch about what that reason was.

"Especially on this campus, people should be confident [in their faith] enough to know that a pose isn't going to open you up in any way to other powers," Olsen told the Circuit.