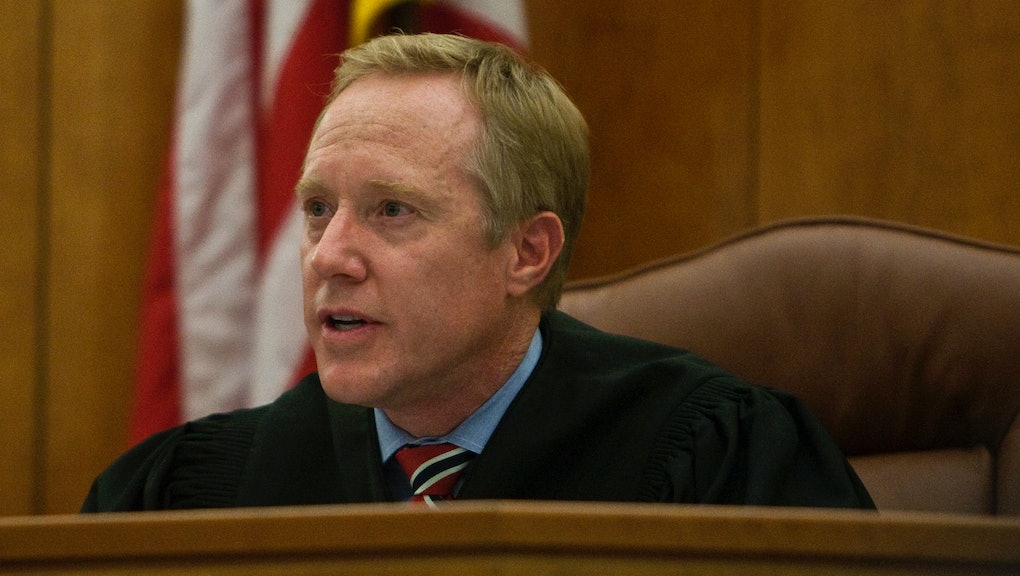 A Utah county judge is in hot water for calling a woman's rapist an "extraordinarily good man" during his sentencing hearing.

According to the Associated Press, Judge Thomas Low doled quite a bit of praise on Keith Robert Vallejo, a Mormon bishop who was found guilty of 10 counts of forcible sexual abuse and one count of object rape, as he sentenced him to up to life in prison.

"The court has no doubt that Mr. Vallejo is an extraordinarily good man," Low said. "But great men sometimes do bad things."

Prosecutor Ryan McBride speculated that Low had been swayed by the more than 50 letters referencing Vallejo's character as well as Vallejo's brother's testimony, which compared the rapist to Jesus, maintaining they were both wrongfully convicted.

Understandably, Low's comments made the survivor of Vallejo's assault, Julia Kirby, feel less than supported during the sentencing proceedings. The 23-year-old told the AP she plans on filing an official complaint against Low for his remarks and hopes to see him removed from the bench.

"He only cared about the person he was convicting, and I think that is really kind of despicable," she said.

Low's remarks are just one example of judges jumping to the accused's defense in sexual assault cases.

In March, a Mexican judge took it easy on a man accused of sexually assaulting his classmate, deciding the assault had been nothing more than "incidental rubbing" that had no "carnal intent" behind it. Judge Anuar González Hemadi acquitted the man of all charges — and is now being investigated for it.

Both Hemadi and Low's stories closely resemble that of Canadian judge Robin Camp, who asked an alleged sexual assault victim why she didn't just "keep her knees together" and later told her that sex and pain "sometimes go together."

Camp submitted his letter of resignation in March after a 15-month-long investigation that concluded Camp had spoken to the victim in a way that was "condescending, humiliating and disrespectful."