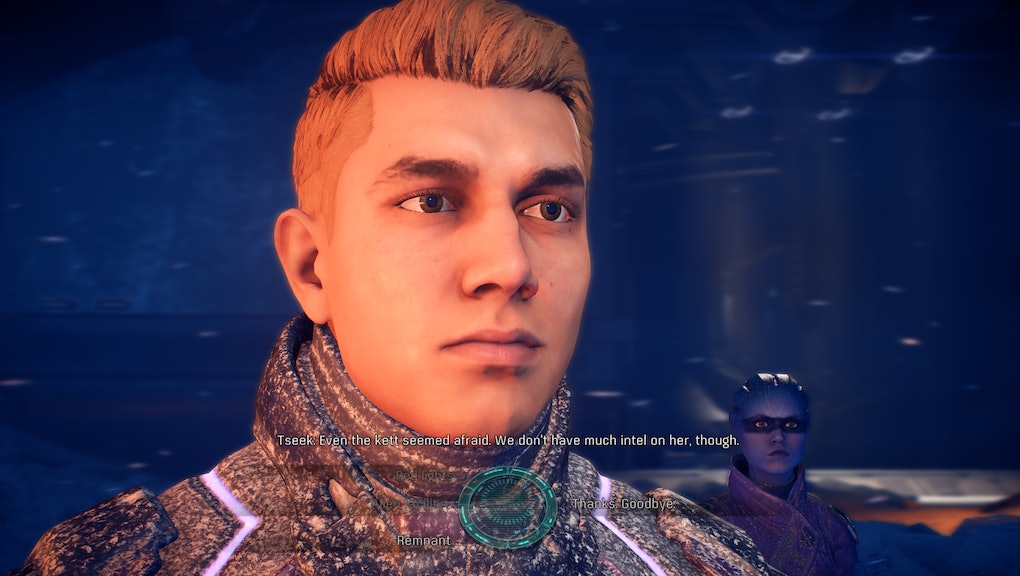 In earlier Mass Effect games, you picked a character class at the very beginning and had to stick with it to the end — but in Mass Effect: Andromeda, you have the freedom to swap between builds, called "profiles," at any time.

One such profile you can use is the "sentinel," a biotic and tech hybrid build that triggers the special "tech armor" ability when your shields deplete. But, with so many power choices at your disposal between the tech and biotic pools, what should you choose? Don't worry, we're here to help.

We've got two different, equally strong sentinel builds to choose from. One emphasizes safety and ranged combat — and the other is sheer madness.

Since mobility and positioning are so crucial in Andromeda battles, the charge ability is almost a must-pick for every single build involving biotics, simply because it enables you to jump around to nearly anywhere on the battlefield in an instant, recharging some shields in the process. Here's a fun — albeit risky — sentinel build that takes advantage of that:

Here's how this one works. First, use incinerate to prime enemies for combo detonations, then use charge to get up in their faces and trigger the detonation. Then, use nova to deal a ton of damage to the enemies that are undoubtedly now very aware of your presence. Use a shotgun or assault rifle to clean up whatever managed to survive that beautiful trifecta of abilities.

Any charge-centric build is inherently risky, by way of the fact that you'll be out of cover and up in enemies' faces a good chunk of the time, but the tech armor ability that sentinels get should help make this a bit more survivable than it would be otherwise.

This build functions similarly to the previous build, but emphasizes safer, ranged combat instead of the more phrenetic, up-in-your-face build using charge.

You can use either incinerate or pull to prime enemies for combos, and then use energy drain to detonate them. The nice thing about this build is that you can use pull to disable enemies that get all up in your business, and energy drain will detonate that combo while also restoring your shields.

Since incinerate specializes in shredding armor, and energy drain is strong against shields, this is a really balanced, safe build that offers a high level of survivability.