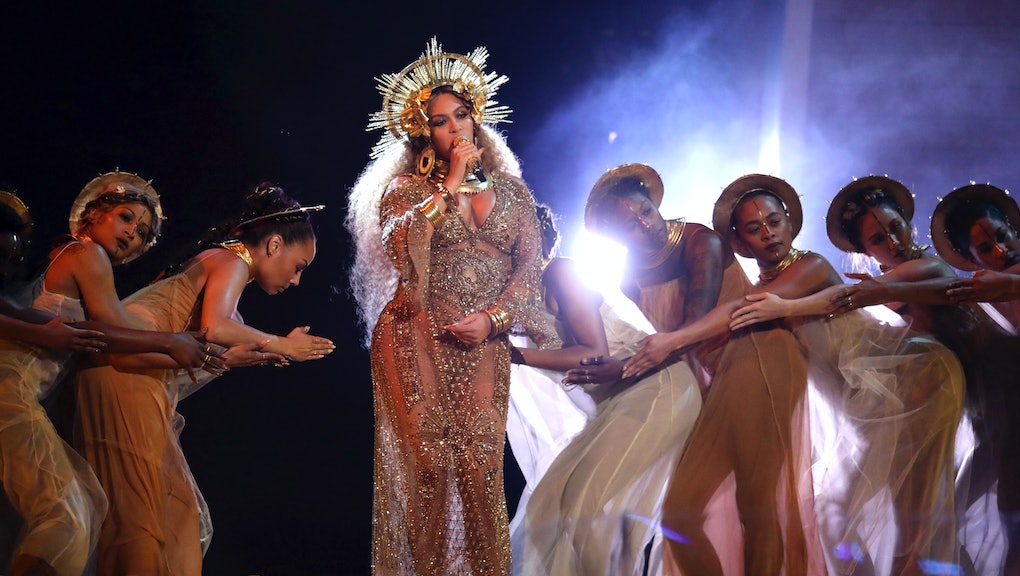 Here's what Beyoncé did over Coachella weekend

There's no doubt fans were missing Beyoncé at Coachella, but it looks like the mom-to-be was doing right by her family over the holiday weekend. According to Entertainment Tonight, the singer spent Easter with her mom, Tina Lawson, and former Destiny's Child bandmate, Kelly Rowland, rather than dealing with hoards of fans and singing into the late hours of the night.

In the caption, Lawson noted she was missing "1/4 [of her girls] at Coachella" — meaning her daughter, Solange Knowles, was actually rocking it out, festival-style.

Beyoncé pulled out of the weekend music festival in February after announcing she and husband Jay Z were well on their way to having twins. Lady Gaga took her place as headliner.

The Easter trip came on the heels of the couple's babymoon and ninth-anniversary celebration in Bora Bora. A source told E! Online the couple stayed at the Intercontinental Bora Bora and Thalasso Spa — a luxury resort on Motu Piti A'au, one of the islands that make up Bora Bora.

Yup, that's definitely what I picture when I imagine where Beyoncé vacations.

They spent five nights in a "secluded overwater villa on a private island only accessible by boat," the source told E! Online. No doubt the couple wanted to celebrate this special moment in their lives in total privacy, away from the prying eyes of fans and other hotel guests.

While the photos look awesome, they may not be enough of a consolation for members of the Beyhive, who were hoping to see her in concert at the annual music and arts festival. But if they remember she promised to headline Coachella in 2018, her absence in 2017 might not seem so bad.

Though she hasn't revealed her due date, Beyoncé looks like she's about to pop. Hopefully, this means we'll have the queen back in full force sooner rather than later.