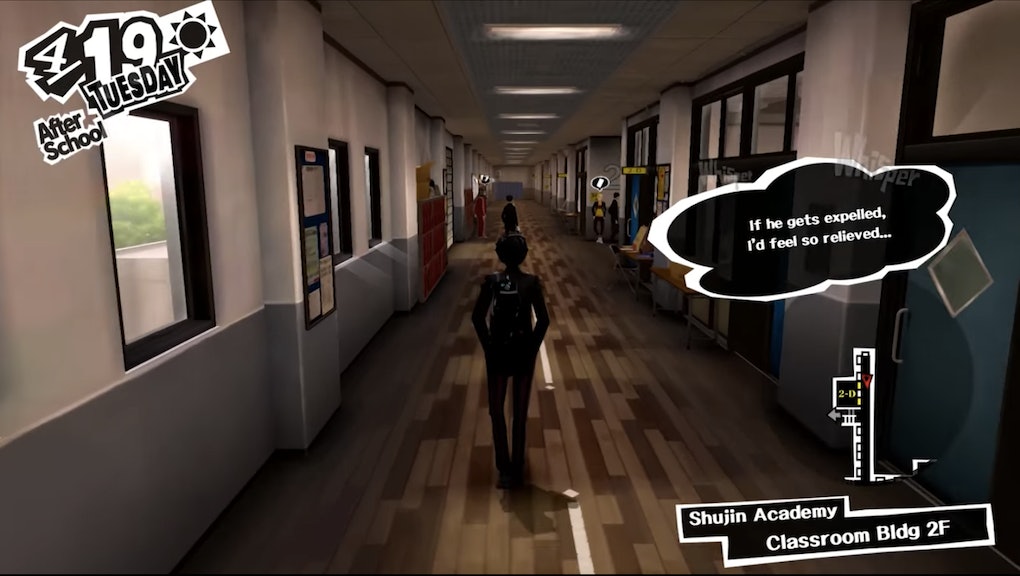 'Persona 5' "Magistrate's Patronage" Question: How to answer the quiz and exam question

Persona 5 isn't all about making friends, fusing demons and committing acts of spiritual thievery in the name of the greater good. Sometimes you have to work a part-time job and answer questions in school. The latter can be especially tricky, since many of them have to do with Japanese history and culture.

If you're stumped on the May 10 question — "Who do you think is the origin of the term 'magistrate's patronage'?" — we've got you covered.

According to EuroGamer, the first time you'll be asked about something called "Magistrate's Patronage" is during a pop quiz on May 10. Your teacher will put you on the spot, asking for the name of the person who originated the term "Magistrate's patronage." It's not something you're likely to know unless you're a student of Japanese history or a huge fan of the country's Kamakura period.

The answer you're looking for is Minamoto no Yoshitsune, so give that response for a nice bonus to your Knowledge social stat.

Although this reeks of shameless curriculum padding on your teacher's part — you can't blame her, she has to moonlight as a maid to make ends meet — the answer, of course, is going to be Magistrate's patronage.

According to Polygon, you'll be asked this question on May 12, the second day of May exams.