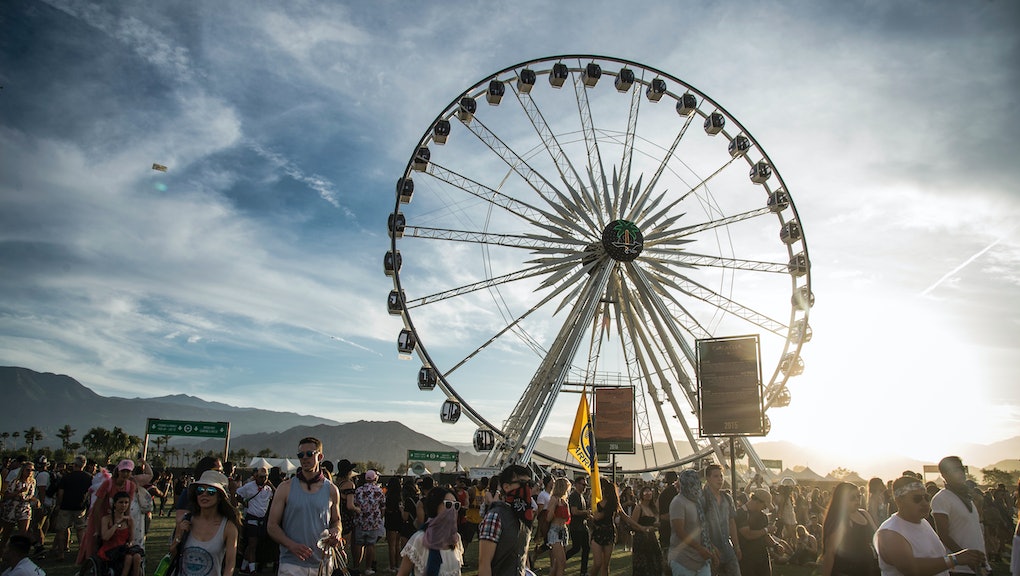 15 celebrities at Coachella who partied it up during weekend 1

The first weekend of Coachella has come and gone, but the Instagram posts will remain forever.

While Lady Gaga, Kendrick Lamar, Lorde and more slayed the stage, it's the celebrities who partied on the festival grounds that stole the show. Everyone from Rihanna to Nick Jonas was spotted at the Empire Polo Club in Indio, California, donning their best festival-inspired outfits. Check out 15 celebrity posts from weekend one.

Selena Gomez and The Weeknd

The couple shared their love on Instagram this weekend at Coachella; Selena Gomez posted the picture below.

Katy Perry and her squad took a picture and reminded everyone she's been going to Coachella for years. "Been doing this since before you were a bloop in the womb," the singer captioned the below photo.

Coachella isn't complete without an appearance from Vanessa Hudgens, who has become a staple at the festival. This year, Hudgens had several different outfits to make sure she made the most of the festivities.

Paris Hilton made her way to the festival in a floor-length black dress.

Paris' The Simple Life co-star Nicole Richie was there, too.

Nicole's little sister, Sofia Richie, was also having fun this weekend. She was photographed with Rita Ora.

Another member of young Hollywood, Hailey Baldwin, took to the desert this weekend.

Nick and Joe Jonas stopped by to see some performances. Joe was with his DNCE band members and girlfriend, Game of Thrones star Sophie Turner. Nick was there with his arms.

Oscar nominee, queen of loving herself and one of the stars of Pitch Perfect 3, Hailee Steinfeld, was also in attendance.

Of course, both Kylie and Kendall Jenner were in the crowd. The sisters put in some work promoting the dating app Bumble.

Last, but certainly not least, Rihanna came to slay this weekend.

While she is not part of the 2017 Coachella lineup, that did not stop the bad gal from stealing the entire festival with this iconic outfit.