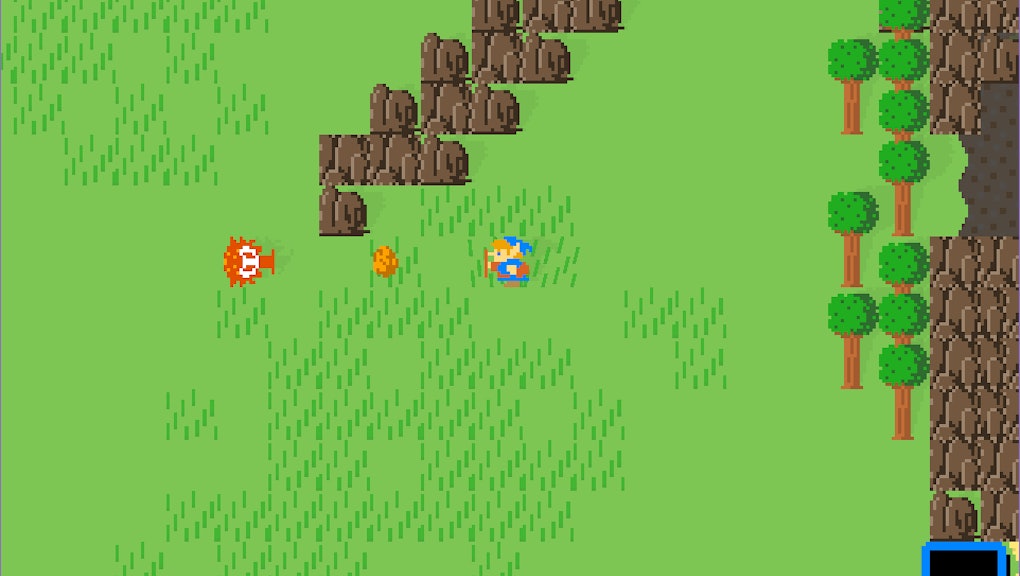 'Zelda: Breath of the Wild' fans have made it a downloadable 2-D NES game

Legend of Zelda: Breath of the Wild is the most expansive game in the series to date. The game, available for both Wii U and Nintendo Switch, is known for its striking visual aesthetic. But how would it look if the game were remade in 2-D?

We got a glimpse of those answers when the Zelda: Breath of the Wild team showed us an 8-bit version of BotW. That particular version was for internal use only, but winterdrake is bringing 8-bit Zelda back to the people.

This version of Breath of the Wild obviously leaves out the game's anime cartoon-inspired look in favor of a top-down Zelda game. Simple visuals aside, the game appears to operate in many of the same ways Breath of the Wild does.

You can acquire items when you defeat an enemy, for example, and use weapons like the Deku Leaf to a ridiculous amount of wind in their face. Food is also a part of this Breath of the Wild reimagining, acting as Link's new tried-and-true way of healing hearts. Check out the trailer for the game below:

The Breath of the NES demo is available on Windows only, downloadable here. The developer mentions that an Xbox controller should be usable with the game.

Winterdrake's inspiration for the game isn't random. In creating the actual game, team Zelda made its own version of Breath of the Wild with the conventions of the original NES title. Instead of behind-character view, this Zelda was top-down, like what we saw back in the NES or even Game Boy days. Character models resemble how they looked on the original console, but with a few updates.

Along with the blue Champion tunic, Link is able to make use of the physics of Breath of the Wild, like shoot an arrow through fire to engulf a target in flame or use the Deku Leaf's wind to spread the blaze. Let's hope we see similar mechanics and more in Breath of the NES.