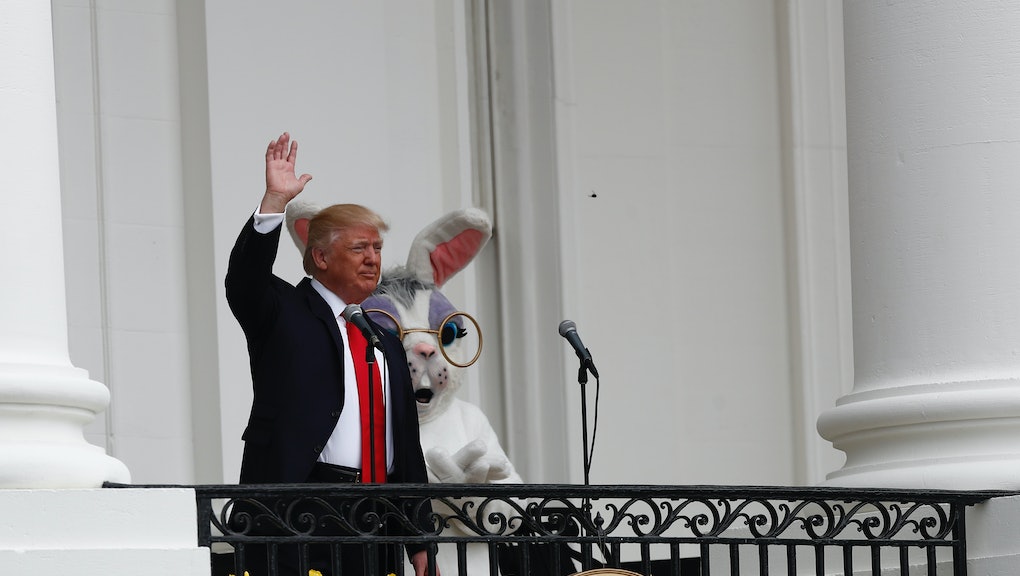 Conservative media personalities criticized former President Barack Obama in 2007 when he did not place his hand over his heart during the national anthem at an event in Iowa.

"Obama, unlike his Democratic colleagues, isn't putting his hand over his heart during the national anthem," Fox News host Alan Colmes said at the time. "Can you believe this? It's an outrage."

Still, Melania Trump's reminder couldn't save the president from being mocked on Twitter.

"The president forgot to put his hand on his heart for the national anthem, until an immigrant reminded him," NowThisNews tweeted — a knock at Trump and his administration's rhetoric and treatment of immigrants.