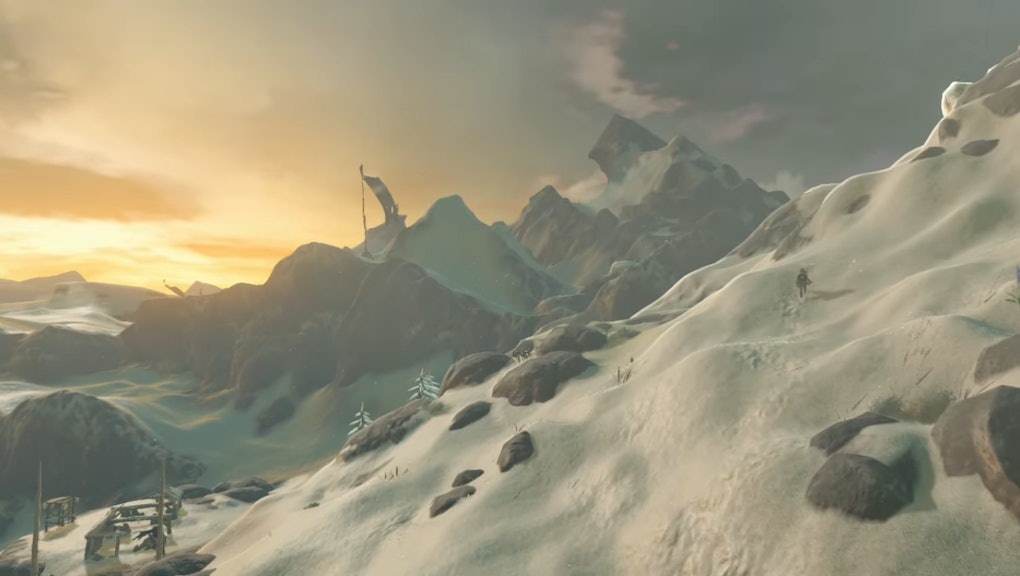 'Zelda: Breath of the Wild' To Quomo Shrine Guide: How to unlock the mountain shrine

Merely knowing the locations of all 120 shrines in The Legend of Zelda: Breath of the Wild is half the battle. Some of them are hidden behind riddles, puzzles and full-on quests. Others, like To Quomo Shrine in northwestern Hyrule, are just hidden well.

If you don't even know where it is, don't worry. It's not plainly visible at first. Head to this point on the map and face in the same direction I am in the screenshot.

This shrine is in a frigid and mountainous area, so bring cold weather gear from Rito Village. Make sure your stamina bar is adequately upgraded, too, since you'll need to climb a bit to get there.

When you get there, you'll notice a pair of gigantic stone doors that won't budge no matter what you do. Walk to the top of the hill leading down to the doors, though, and you'll see some snowballs that are just prime for rolling. One problem: There's a small gap that the ball will fall into if you try to roll it down the hill.

The answer here is pretty simple. Use Cryonis to create some ice blocks and create a bridge across the small gap. Roll a ball down the hill, and by the time it gets to the doors, it will have accumulated enough snow mass to knock down the doors.

Not only have you now unlocked To Quomo Shrine, but the last set of Leviathan Bones for that quest line lies here, too. The shrine itself doesn't have a puzzle to solve. So, grab your treasure and your Spirit Orb. While you're in the area, also take a picture of the Leviathan's skull then go somewhere with better weather.