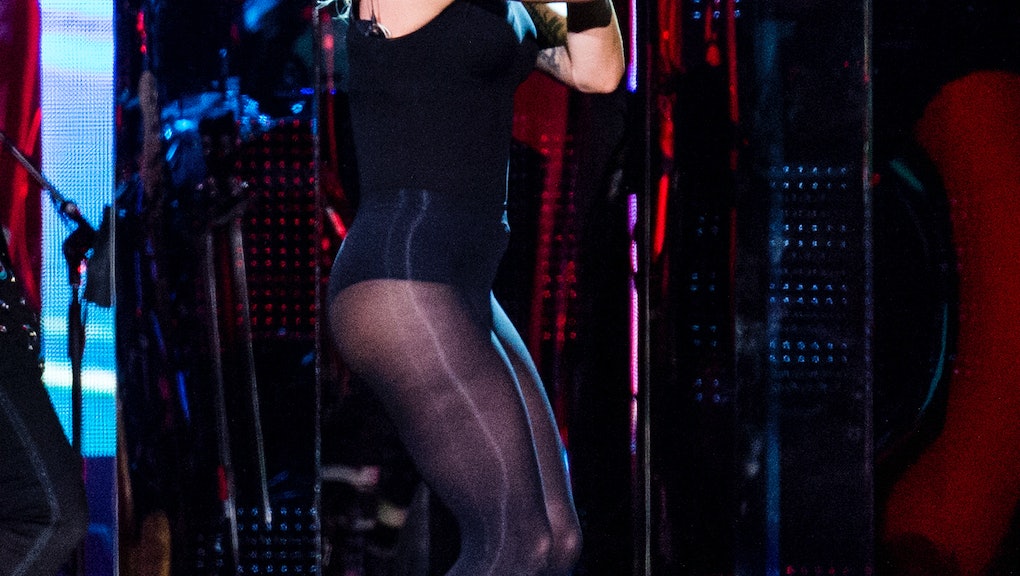 In between dropping her new single "The Cure" and headlining Coachella on Saturday, Lady Gaga is filming the upcoming A Star Is Born remake.

Mother Monster is pulling double duty while taking the stage during both weekends of the music festival. On April 14, Warner Brothers tweeted an invitation for fans to be part of the upcoming remake directed by Bradley Cooper.

Cooper is making his big directorial debut with the latest remake of the classic film. Filming will take place at the Empire Polo Club, where Coachella is taking place.

According to the official invitation, fans will be in the audience to cheer along in scenes for the movie taking place on Tuesday and Wednesday. The scenes will sport a country western theme and fans must leave their Joanne hats at home:

Be in the audience as Bradley Cooper and Lady Gaga film scenes on the actual Coachella stages. Help cheer and applaud their performances on camera.

The tickets are $10 and all proceeds go to the singer's Born This Way foundation.

We already have our first look at Lady Gaga and Cooper in the upcoming remake, which apparently puts a country twist on the story.

Cooper's version of A Star Is Born is set for release on Sept. 28, 2018. This is the third remake of the 1937 film starring Janet Gaynor and Fredric March. It was first remade in 1954 with Judy Garland and James Mason, and again in 1976 with Barbra Streisand and Kris Kristofferson.