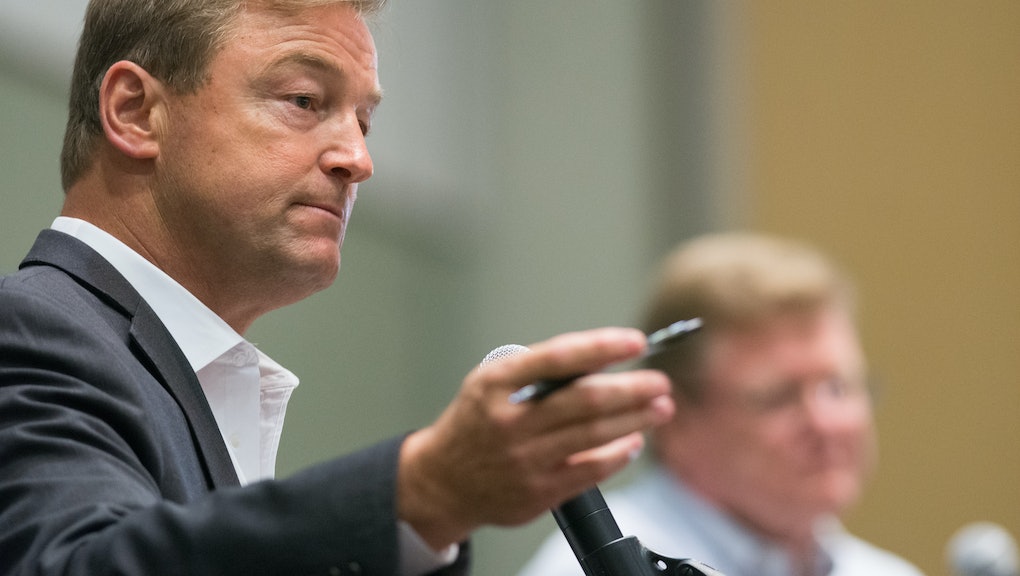 You've emphasized how important clinics like Planned Parenthood are for women's reproductive health and general well-being. You've explained for the umpteenth time that no, federal dollars don't actually go toward funding abortion services. Now there's only one thing left to do to try changing a legislator's mind on defunding Planned Parenthood: Harangue him at a town hall meeting.

Such was the strategy of an angry crowd on Monday in Reno, Nevada, when Republican Sen. Dean Heller tried to dodge a question about his stance on Planned Parenthood.

"I'm glad that you had the health care services that you need as you were growing up," Heller told a constituent in a video captured by CNN politics reporter Eric Bradner. "I want to make sure that my daughters have the same opportunities and the same access to the same kind of care."

This response was met by scattered applause until Heller mentioned that those services don't have to be provided by Planned Parenthood. He said community health centers can also fit the bill, at which point the crowd erupted into boos.

But then, apparently conceding to his constituents' pressure, Heller appeared to completely reverse his stance on funding the clinics.

"I have no problems with federal funding for Planned Parenthood," he said.

A woman in the audience pressed Heller further, asking him to promise to actively protecting federal funding for the nonprofit organization. Initially, Heller said he would "continue to look at this issue," which elicited more boos from the crowd. After some more prodding, Heller said, "I will protect Planned Parenthood."

Heller's commitment isn't exactly a convincing one. As Mother Jones noted, his newfound stance on the issue is likely more a product of the "vulnerability of his Senate seat heading into the 2018 midterm elections than it is a change of heart concerning support for the nation's largest women's health care provider."

But if an impending election and angry crowd are what it takes to get a senator to at least rethink his position on reproductive rights, so be it.